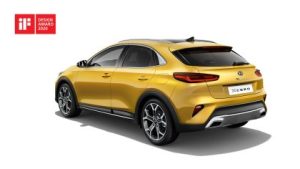 In 2010, the number of cars worldwide surpassed 1 billion. That’s a lot of cars. A study from Ward’s Auto shows that Americans have the largest vehicle population in the world, with more than 239 million cars. Automakers have been working hard to bring eco-friendly models to market to cut down on harmful emissions. They are developing new technology, such as electric-powered vehicles and hybrids. While some sustainable cars lack a certain sexiness, these five models are both eco-friendly and sexy.

With the highest safety rating in America, the Tesla Model S is one of the safest, sexiest and most sustainable vehicles on the roads today. The Model S can go from zero to 60 in under three seconds, but that’s not its most impressive spec. Tesla’s electric-powered Model S has a range of 270 miles and doesn’t require any gasoline, which means it has zero emissions. 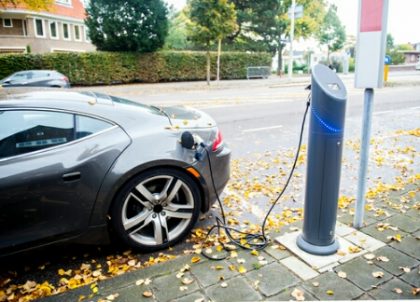 For decades, Mercedes-Benz has been a leader in the luxury car category. Today, the auto manufacturer is also leading the way in sustainability. The Mercedes-Benz S Class Hybrid is described as strong, majestic and powerful on its website. The sleek vehicle also offers some of the most up-to-date technology available, such as Intelligent Drive that notifies drivers of objects in the road and the app, Mercedes Benz Mbrace. The air inside of the car’s cabin can even be ionized and filtered by an innovative aromatherapy system, making for an unrivaled driving experience.

The first battery-assisted vehicle designed by the Japanese automaker Acura, the ILX Hybrid was created for budget-conscious drivers who don’t want to sacrifice style. The vehicle uses as little fuel as possible and it is powered by a hybrid system adopted from the automaker Honda, called Integrated Motor Assist. This system uses a single electric motor and a 1.5-liter, four-cylinder gas engine to power the car.

With an EPA-estimated fuel-efficiency rating of 41 city and 39 highway miles per gallon, Lincoln’s MKZ Hybrid is a sexy and sustainable option for eco-minded drivers. Lincoln uses ECO Guide, a built-in technology to give drivers real-time information to help optimize the sedan’s efficiency while driving. Its state-of-the-art battery and 2.0-liter Atkinson-cycle engine work together to give the car 188 net horsepower, which is remarkable for a hybrid vehicle.

Of course, buyers can’t forget about the sleek car that made hybrids so popular: the Prius. Just like its website claims, the Prius is a modern-day icon of hybrid cars. Its iconic shape is aerodynamic, efficient and stylish. Its curves and sleek lines are perfect for giving it a sexy look. Plus, its technology, like the smart key system and the touch tracer display that illuminates when you touch it, make it a must-have vehicle. Although a new 2015 vehicle is affordable at just over $24,000, savvy shoppers can find reliable used vehicles at a local dealership like DriveTime.