(Denver, Colo. – February 25, 2016) The U.S. Environmental Protection Agency and the U.S. Department of Justice have reached an agreement with the BNSF Railway Company (BNSF), resolving alleged violations of the Clean Water Act and the Oil Pollution Act at several locations in the states of Colorado, North Dakota, South Dakota and Wyoming. The agreement, filed as a stipulated settlement in the U.S. District Court of Colorado, resolves four oil and diesel spills to waters of the United States from BNSF locomotives as well as inadequate plans at the company’s rail yards in Denver, Colorado; Guernsey, Wyoming; Grand Forks, North Dakota; and Minot, North Dakota. As part of the agreement, the Fort Worth, Texas- based company will pay a civil penalty of $600,000. 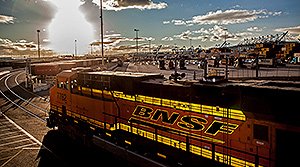 “Today’s agreement reflects BNSF’s responsibility for past spills as well as a comprehensive effort to improve spill prevention and response capacity at the company’s rail facilities in Colorado, North Dakota, South Dakota and Wyoming,” said Suzanne Bohan, EPA’s assistant regional administrator for enforcement programs in Denver. “By addressing these compliance issues, BNSF’s rail yards are now better prepared to safely manage large volumes of oil and fuel and respond effectively to spills that threaten nearby waters and communities. The beneficiaries of these actions are aquatic life, natural habitats and the people who rely on the South Platte River, the North Platte River, the Red River of the North, and the Souris River for drinking water, agriculture and recreation.”

The agreement also resolves oil and diesel spills from BNSF locomotive engines at four locations in EPA Region 8 dating to 2010. These include: 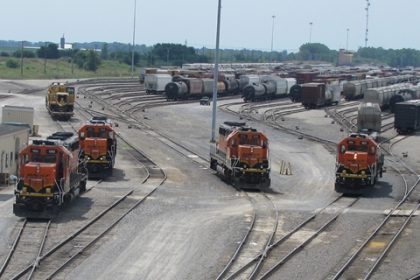 A March 2010 discharge of approximately 3,750 gallons of diesel from a locomotive in Mobridge, South Dakota affecting Lake Oahe;

A May 2010 derailment that discharged as much as 7,400 gallons of diesel and 230 gallons of lube oil from locomotives to the Wind River near Thermopolis, Wyoming;

A February 2012 collision between a locomotive and truck which led to the discharge of roughly 3,000 gallons of diesel in Williston, North Dakota, which impacted Stony Creek;

And a June 2013 discharge of 200 gallons of diesel to a drainage ditch connected to Livingston Creek during the refueling of a locomotive in Minot, North Dakota.

An EPA investigation of BNSF facilities also revealed inadequate Facility Response Plans at the company’s rail yards in Denver, Colorado and Guernsey, Wyoming. These critical preparedness plans, required under the Oil Pollution Act, ensure that operators have the on-site capacity and expertise to respond to worst-case oil spill scenarios and mitigate impacts to surface waters. They are typically required for facilities that store 1 million gallons or more of oil on site.

As part of an assessment of overall facility preparedness, EPA conducted an unannounced exercise at BNSF’s Denver Yard in July 2014 to determine whether the facility was prepared to respond to a hypothetical spill of 2,100 gallons of diesel fuel to the South Platte River. In the exercise, as well as a subsequent exercise in October 2014, BNSF was unable to demonstrate that it could properly deploy a boom in the South Platte River to respond to such a spill.

So these plans require specific measures. Also including accurate diagrams of facilities. In addition to descriptions of inspection and testing procedures. Finally and adequate descriptions of infrastructure. All in place to prevent and contain oil spills on site.

BNSF has since remedied these deficiencies by remediating the spill locations. Also submitting complete plans. In addition to making investments in spill response capacity and equipment. Thereby installing secondary containment. As well as other infrastructure at the affected rail yards.

BNSF owns and operates one of the largest railroad networks in North America. One with approximately 32,500 route miles of track (excluding multiple main tracks, yard tracks, and sidings) in 28 states.