In response to fears that theInternational Finance Corporation (IFC) is not effectively monitoring and managing the conflicts of interest created when it takes an equity stake in water corporations where it also served as a water sector adviser, U.S. Congresswoman Gwen Moore (WI-04), Ranking Member on the Financial Services Committee’s Monetary Policy and Trade Subcommittee, sent a letter to Dr. Jim Young Kim, President of the World Bank Group, outlining her concerns and those of other critical stakeholder groups like Corporate Accountability International. 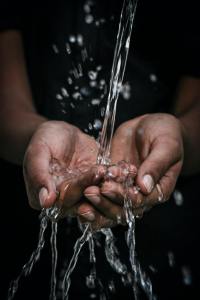 “Water access is a fundamental human right no matter where you live. Dr. Kim and his team have the responsibility to put the World Bank’s mission — alleviating global poverty — above the pursuit of profits. This institution must take that responsibility much more seriously, especially when it comes to water, or it will fail the very people it is supposed to be serving.

“By shedding light on the conflict of interest inherent in the World Bank’s investment and advisory services related to water, it is time that this vital financial institution stop funding and promoting corporate control of water pending an extensive external evaluation of IFC conflicts of interest as well as congressional hearings.”

Below, please find the full text of Congresswoman Moore’s letter to the World Bank Group (click here to see the letter in its entirety):

I write to express my concern that the International Finance Corporation (IFC) is not adequately monitoring and managing the conflicts of interest created when it takes an equity stake in water corporations where it also acted as a water sector adviser. As the Ranking Member of the Monetary Policy and Trade Subcommittee of the House Financial Services Committee, which is tasked with oversight of the World Bank Group (WBG), I am increasingly uneasy with water resource privatization in developing countries and do not believe that the current ring-fencing policies separating the investment and advising functions of the IFC are adequate. I would respectfully urge the WBG and IFC to cease promoting and funding privatization of water resources, including so-called “public-private partnerships” (PPPs) in the water sector, until there has been a robust outside evaluation of the IFC’s conflicts policy and practices and an opportunity for additional congressional hearings on the subject.

When the IFC was first established in 1956, it was prohibited from purchasing corporate equity to avoid conflicts of interest.

However, in 1961, the IFC’s Articles of Agreement were amended with a provision that permitted equity financing.  The IFC maintains that the conflicts are managed by a “Chinese wall” that prohibits “its advisory services from sharing information with its lending arm.”  Therefore, I am alarmed by IFC reports that claim it has “aligned,” “combine[d],” or “integrated” its investments and advisory services (“buy side” and “sell side”).

This suggests to me that the “Chinese wall” is not adequately mitigating the conflict between the IFC’s advisory and financing activities. In fact, a water privatization arrangement in Manila, Philippines (where the IFC was both adviser and investor) has resulted in a contentious dispute between an IFC investee corporation and the Philippines government over utility rates and corporate profits deemed excessive by Philippine regulators and international arbitrators.

In the late 1990s, the IFC advised on and facilitated the large-scale privatization of Manila’s water system. This ultimately led to the creation of two private corporations in 1997, Manila Water Company (MWC) and Maynilad. The IFC-brokered arrangement seemingly favored MWC, as that corporation took only 10 percent of the pre-existing utility’s debt and assumed the service area with better existing infrastructure.  The IFC then took an equity stake in MWC only.  MWC raised rates by 845 percent,  eventually leading to Manila’s regulatory body rejecting another rate increase.

MWC responded to the rejection of the rate increase by bringing the Manila regulator into arbitration at the International Chamber of Commerce (ICC).

The ICC arbitration panel rejected MWC’s rate hike, but MWC filed another arbitration case at the Permanent Court of Arbitration in Singapore and petitioned the Philippines’ Department of Finance for financial remediation for lost profits.  As part-owner of MWC, the IFC is now aligned with MWC and its aggressive pursuit of arbitration to charge utility rates that support levels of compensation exceeding the maximum 12 percent rate of return legal for Philippine utilities.

I would be less troubled with the structure of the Manila deal and the subsequent arbitration if I had full confidence that both were not products of the improper mingling of the advisory and investment functions. As a strong believer in the mission of the World Bank, I have become increasingly concerned that its role as adviser and investor in the MWC deal may now be creating reputational risk for the WBG as the MWC aggressively positions itself at odds with the people and government of the Philippines.

The implications of this conflict of interest go beyond Manila, as the IFC has promoted the Manila case as a flagship model to be emulated around the world,  including in Africa, where it has led to IFC advisory contracts in Benin and Mozambique  and informed a widely opposed privatization scheme in Lagos, Nigeria.  MWC, with IFC support, has expanded internationally, with a growth focus in Vietnam, Indonesia, and other regional markets. It is therefore important that the WBG address my concerns and take a renewed evaluation and analysis of its conflicts policy. For these reasons, I would urge the WBG, including the IFC, to cease promoting privatization of water resources until there has been a robust outside evaluation of the IFC conflicts policy and practices.