IBEROSTAR Hotels & Resorts once again took part in the annual World Environment Day (WED), the United Nation’s biggest campaign aimed at raising awareness for the need to protect the environment. Since its launch in 1974, WED is celebrated on June 5th in over 100 countries, promoting the protection of our environment internationally.

The slogan for this year’s WED – Go Wild for Life–   is based on the illegal wildlife trade and specifically species that are in danger of extinction. In recent years, this issue has become one of the greatest environmental threats and the campaign urges people to take action and contribute to protecting wildlife for future generations.

IBEROSTAR is eager to contribute to this initiative by involving all of its hotels in an extensive program of activities designed to raise guests’ awareness of the importance of caring for the environment. The initiatives planned by the company include various activities that offer insight into a number of sustainability issues and the company’s environmental policy. These actions will address local wildlife protection and what IBEROSTAR is doing to help, such as the company’s project which protects tabasco turtle nests at the IBEROSTAR Cancún hotel in Mexico.

The activities that will be taking place at IBEROSTAR hotels in North America include the following:

-Reforestation actions where younger guests will have the opportunity to plant trees in specially designated areas of the hotel.

-Guided tours offering children the chance to observe the hotel’s plant-life and animals, followed by a drawing competition based on the topic ‘wildlife rescue and protection’. 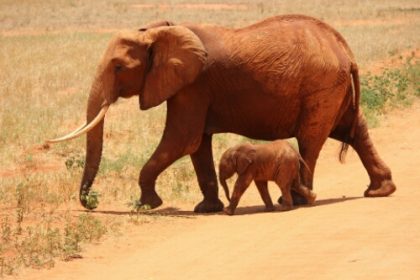 Additionally, IBEROSTAR hotels in the EMEA region (Europe, Middle East and Africa) will also join this initiative with a series of actions:

-At Miniclubs, children aged between 4 and 12 will learn how to make musical instruments and dress costumes from reused materials. Later they’ll show them off at a fashion show. The Maxiclubs (for children aged 13 to 17) will organize environment-inspired field days and teach participants how to make puppets from recycled materials, which they will put on a performance with.

-Talks on endangered species: Participants will be shown images of various animals and learn which are or are not in danger of disappearing. They will also receive information about animal poaching and the illegal wildlife trade.

-Educational workshops based on sports games will raise awareness of the importance of recycling. Participants will play with waste items that must be placed in the correct containers, depending on the type of recycling.

IBEROSTAR Hotels & Resorts is a resort hotel chain based in Palma de Mallorca (Balearic Islands, Spain), founded by the Fluxà family in 1986. IBEROSTAR Hotels & Resorts is an integral part of GRUPO IBEROSTAR, one of the main Spanish tourist companies with over 80 years of experience, which currently has more than 100 hotels of 4 and 5 stars in 16 countries around the world.