A little-known bureaucrat named James Cason is reshaping the Department of the Interior.

One day in Mid-March, James Cason, the associate deputy secretary at the Department of the Interior, convened an impromptu meeting of the senior staff of the Bureau of Land Management. Cason, whose office is on the sixth floor, rarely wandered the halls, and some career civil servants still had never met him. A soft-spoken and unassuming man, Cason has cycled in and out of Republican administrations since the early 1980s and has largely avoided public attention. But people who have worked with him know him as a highly effective administrator and a disciple of some of the department’s most notorious anti-environment leaders in previous years—a “hatchet man,” in the words of one former DOI employee who worked with him during the George W. Bush administration.

About 30 employees were ushered into a conference room. All where Cason announced that Kristin Bail, acting director of the BLM, would be replaced by Mike Nedd. The move itself wasn’t all that surprising. For Bail, who came from a conservation background. Also had been appointed in the final days of the Obama administration. That’s to serve in a temporary capacity. So Nedd, who had been assistant director for energy, minerals, and realty management since 2007. She was viewed as better positioned to implement the new administration’s pro-industry agenda. 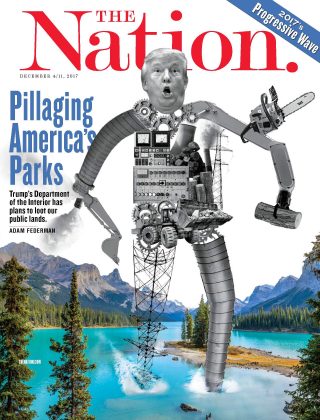 But the way Cason handled the meeting sent a stark message. According to two people who were present, he delivered what appeared to be hastily prepared remarks. For that’s thanking Bail for her service. However telling her that she was no longer needed in the position.

One employee, who has since left the DOI, said it was unclear. I mean whether Bail had been told beforehand of her demotion.

“It was one of the most awkward, disrespectful things I’ve ever seen,” the former employee said. The spectacle amounted to a kind of public dismissal. I mean and a warning shot. The meeting ended as abruptly as it had begun. That’s with employees left staring at their seats. By the end of the day, Bail was carrying her things out of her office in a box. Also looking for another place to sit.

This article was originally published as the cover story of the December 4-11, 2017 issue of The Nation magazine. For it’s produced in partnership with the Investigative Fund. Also it is republished with permission. Continue reading here.