Cleaning up hazardous waste is expensive and often not entirely effective.

Industry professionals must determine the best way to remove pollutants from soil and water. That’s of course without causing more contamination.

Bioremediation offers an environmentally conscious alternative. Especially for removing hazardous waste. Because it is something that accelerates natural processes. Microorganisms are responsible for decomposing everything in the environment. That’s including both organic and inorganic materials.

For that’s especially in drinking water. Moreover EPA’s plan to remove them from ground water at the Peninsula Boulevard site is the best way to protect the health of the people who live and work in the area.

Volatile organic compounds can easily evaporate into the air. Moreover and many are known or suspected to cause cancer. For the extent and nature of the health impacts depend on many factors. I mean that’s including the level and length of exposure.

If you were to spill oil, chlorine or any other type of contaminant onto the ground, over time surviving microorganisms would begin to eat the contamination. Over time, the contamination would eventually degrade and neutralize in the environment. Microbes also break down carcasses, produce and plant matter in a similar manner. 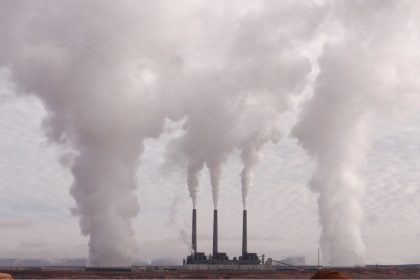 In some cases, the bacteria needed to break down pollutants might not be present. In these instances, professionals can add the bacteria to the area to jump-start the cleanup process. Additionally, factors such as the temperature, available nutrients, water, carbon, oxygen and the pH of the surrounding environment must be considered.

Differences Between In-Situ and Ex-Situ Bioremediation

With an ideal environment, the microorganisms begin to multiply rapidly. Also they work much more quickly. I mean more than they would under normal circumstances. Pollution and other detrimental conditions. Well they degrade at a much faster rate. Once the waste is gone, the microorganisms will eventually die off. I mean or disperse to other sources of contamination.

Bioremediation doesn’t require the addition of extra chemicals to already-contaminated areas. Introducing new chemicals to neutralize contamination may lead to the spread of contamination. Also it might create unsafe living conditions. Additionally, chemicals can eventually make their way to aquifers. As well as other water bodies. Thereby leading to new sources of pollution.

Since the byproducts of bioremediation are environmentally neutral, they can often be recycled and reused for other applications. Chemically treated soil or organic materials may not be as environmentally hazardous as they were previously. However, they are often not suitable for reuse.

Conventional treatment methods for hazardous waste involve removing material from a site and transporting it to facilities to be treated. During the transportation process, pollutants may spread to other areas. After treatment, the waste material is either sequestered in a contained area or disposed of in a landfill. Bioremediation can often be performed in-situ, or in place, and in-place remediation may lower cleanup costs.

In-situ bioremediation has a smaller carbon footprint compared to traditional treatment methods. Since cleanup takes place at the site, equipment and vehicles aren’t needed to transport material long distances. Emissions from fuel are reduced, and energy is conserved.

In addition to being environmentally friendly, bioremediation also makes it possible. Especially to clean up contamination in otherwise difficult-to-reach areas. Contaminated sites in cities or other urban areas are not good. For they don’t have a significant amount of excess space.

It may be difficult, if not impossible, to remove soil or contaminated material and move it off site.

Performing treatment in place may be the only viable option.

Bioremediation is a viable option for many different types of contamination. For I mean two of the most common being petroleum products and chlorine compounds. Historically, gas stations, factories and dry-cleaning facilities. They were notorious sites for spills and dumping excess chemicals into the ground.

Before new construction can take place on these sites, the contamination must be dealt with to the satisfaction of state and federal agencies.

Unfortunately, bioremediation isn’t a viable option for all types of contamination at this point. Heavy metals, including cadmium and lead, aren’t easily broken down by microorganisms, even under ideal conditions. Future research may find more efficient organisms that can digest high volumes of heavy metals. Until that point, bioremediation isn’t the most suitable option.

In conclusion, nuclear waste is also unsuitable for bioremediation. Because the waste products from nuclear material are highly radioactive. As well as extemely harmful to the environment. I mean even in small quantities. Nuclear waste products must also be sequestered. We mean allowed to decompose on their own. Future research may find microorganisms to help. I mean that can safely accelerate this process. Bioremediation offers an effective, environmentally friendly solution. All to reducing the cost of cleaning up environmental waste.