Threats in Congress and the Department of the Interior weaken century-old law called the Migratory Bird Treaty Act.

WASHINGTON (February 8, 2018) — 513 conservation groups and other organizations from all 50 states joined together today to urge Congress to defend the Migratory Bird Treaty Act, the most important bird conservation policy in the United States. The Act, which has protected North American birds for 100 years, is currently under attack by both the Department of the Interiorand Congress, led by Rep. Liz Cheney (R-WY).

“Killing birds is a poison policy for Congress and the Department of the Interior. Americans in all 50 states are rising up to support 100 years of bipartisan agreement to protect America’s birds from avoidable deaths,” said David Yarnold (@david_yarnold), president and CEO of the National Audubon Society. 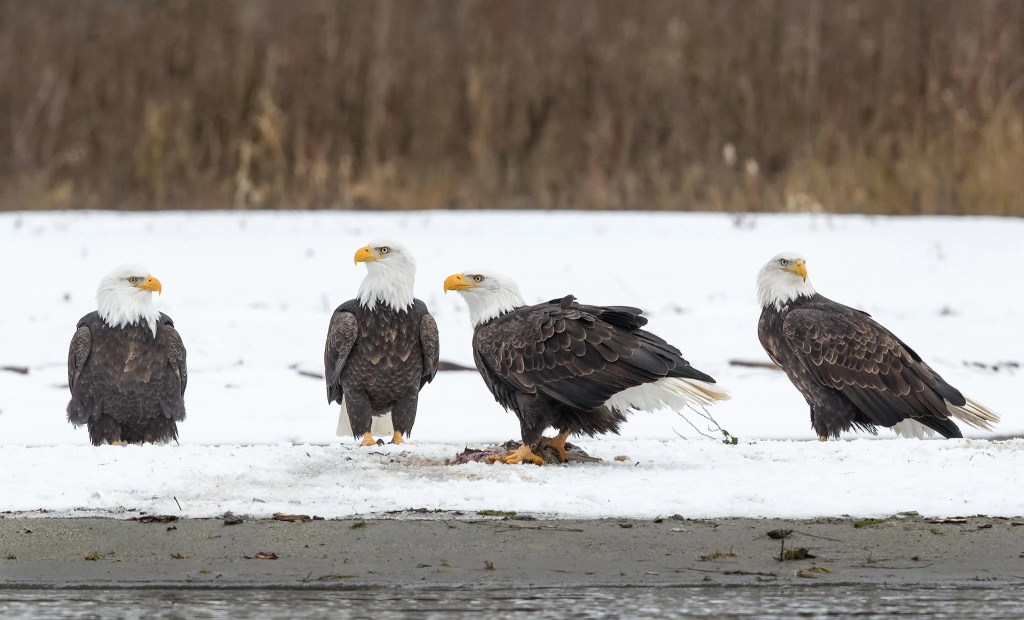 “Under either Rep. Liz Cheney’s proposal or the Interior Department’s legal opinion, BP would have been completely off the hook for the one million birds that died in the Gulf after the Deepwater Horizon spill. Common sense says no one really wants that, and organizations representing millions of people are asking Congress to listen.”

In November, Rep. Cheney introduced a measure to gut the Migratory Bird Treaty Act (MBTA) as an amendment to H.R. 4239. It’s a bill written to weaken environmental protections in order to facilitate oil and gas drilling. Three days before Christmas, the administration followed suit when the Office of the Solicitor within the Department of the Interior released an opinion saying it will no longer enforce the MBTA in cases of incidental bird deaths. That’s effectively giving a blank check to industry to avoid gruesome and preventable bird deaths.

The MBTA is most noteworthy one of the Audubon Society and the American conservation movement’s earliest victories. For it has protected millions if not billions of birds in its century-long history.

Congress passed the MBTA in 1918 in response to public outcry over the mass slaughter of birds. All which also threatened egrets and other species with extinction. Therefore the law prohibits killing or harming America’s birds except under certain conditions, including managed hunting seasons for game species.

Today’s letter also shows that organizations and their members from across the country want to see this Congress do something. I mean build on our nation’s 100-year conservation ethic. One which also brought into being laws like the Migratory Bird Treaty Act, the Endangered Species Act and also the establishment of our national parks. These groups ask our elected officials to rightly reject misguided efforts. As well as prevent false narratives that pit conservation against economic development.

Facts and figures on industrial causes of bird mortality in the United States:

“Some companies put strong conservation practices in place without needing legal incentives,” said Steve Holmer, vice president of policy at American Bird Conservancy. “But having the law in place encourages all companies to do the right thing. These changes to Migratory Bird Treaty Act (MBTA) would take the teeth out of the only law that protects the majority of our native birds.”

The National Audubon Society protects birds and the places they need, today and tomorrow, throughout the Americas using science, advocacy, education and on-the-ground conservation. Audubon’s state programs, nature centers, chapters and partners have an unparalleled wingspan that reaches millions of people each year to inform, inspire and unite diverse communities in conservation action. Since 1905, Audubon’s vision has been a world in which people and wildlife thrive. Audubon is a nonprofit conservation organization. Learn more how to help at www.audubon.org and follow us on Twitter and Instagram at @audubonsociety.