A Minnesota court just acquitted pipeline “valve turners” Emily Johnston and Annette Klapstein of all charges. First off, in a landmark jury trial that permitted the use of a climate “necessity defense.” The defense argued the threat of climate harm justified their action. This is related to trespassing. Also and shutting off the emergency valve on tar sands oil pipelines. 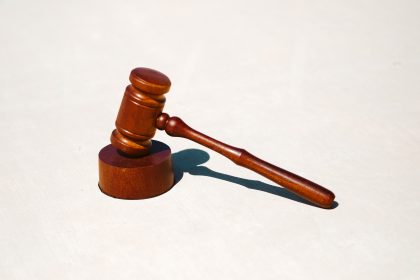 As well, Judge Tiffany ruled that the prosecution failed to prove any evidence of damage. That’s damage to two Enbridge pipelines. Also, Klapstein and Johnston faced state felony charges for their part. Part in the “Shut It Down” climate direct action two years ago. This is where climate activists successfully disrupted all five pipelines. Most importantly, pipelines carrying Canadian tar sands crude oil into the United States.

More interesting is the acquittal came a week after the climate activists preparing to present a “climate necessity defense.” Thereby with expert testimony in areas including the pipelines safety. In addition to expert testimony was climate science, climate policy and the efficacy of civil disobedience.

Further, the expert witnesses ready to corroborate the defendants’ testimony. You know, that their actions were right and justified. Thereby justified cause of the need to avert imminent climate catastrophe. Therefore, with this acquittal is therefore a landmark case. That’s a case which establishes oil pipelines two important legal precedents.

In conclusion, in the two years since the action, more than one billion barrels of tar sands oil have passed through pipelines. Pipelines 4 and 67 here in Minnesota. As discussed, we are in a climate emergency. One that presents the gravest threat our civilization has ever faced. Plus and more noteworthy, we have just a few short years. Especially to make some very hard changes. Finally, the good news is that if we as a people do that work it could be a powerful engine for our economy. Most important, that’s creating 65 million good new jobs. Therefore and also importantly to cut the Fossil Fuels Tax. A tax equal to trillions of dollars in health care. Also and disaster recovery costs. Yes really finally here and One from air pollution and climate change.