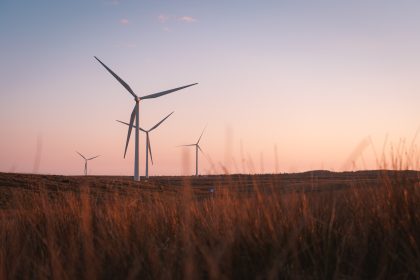 This story first appeared in The Financial Times on May 9, 2011

It is tempting to say that the headlines about rising fuel prices, Syria, Libya and other events in the Middle East will be a wake-up call to the dangers of oil dependence. But such calls repeated for almost 40 years, and yet the vulnerability & both in the US and across the globe remains.

See, our mobile economy remains defenseless against oil-price shocks and supply interruptions. In the US, transport accounts for 70 per cent of petroleum consumed.

Also, 97 per cent of transport fuel in the US comes from oil. And we know there are no plausible substitutes. When prices go up, there are only two choices: drive less or pay more. If supplies disrupted for any reason, the choices are even worse. This must change.

Every American recession over the past 35 years gets an oil-price spike.

The last time this happened, just a few years ago. In 2009 to 2011, the average retail price of gasoline in the US increased from $1.46 to $3.27. That costed typical households $2,115 a year in increased fuel expenses. That price spike contributed greatly to the recession and financial crisis which the world is still struggling to recover from.

This addiction has also led the US to commit its young men and women in uniform to protecting the world’s oil infrastructure. And it means that western diplomacy handicapped by the need to placate oil-producing nations. That’s including those that do not share America’s views or values.

So what can be done? First the US should produce more oil at home.

Increased safety and environmental standards must come together with this increased production, but such standards – along with stalled permit processes and endless litigation – must not stop the US from exploiting its domestic resources.

Drilling is not the sole answer to this problem, far from it; but considering that last year the US sent more than $260bn overseas to pay for oil, and it is highly likely it will surpass that number in 2011, the wisdom of producing more domestically becomes clear.

Second, America must continue on the path started by George W. Bush and continued by President Barack Obama to make cars, light trucks and commercial vehicles more fuel-efficient. The less oil used to drive the transport system, the less effect a price spike will have.

But these are interim measures. The only way to truly end the threat is to move toward millions of vehicles that powered not by oil, but by a vast diversity of domestic power sources. And the best way to do that is with a large electrified transport sector.

Only electricity can give the transport sector the flexibility to switch fuels. I mean when one or more become too expensive.

Electricity from homegrown sources – wind or solar would free America’s mobile economy from dependence on a single source.

And unlike some alternatives, the infrastructure backbone for “rehfueling” electric vehicles already exists in the US national grid, which offers significant spare generating capacity at night, when it needed for this purpose.

I am not someone who tends to advocate for increased government involvement in the private sector. Free-market solutions to these economic threats would be ideal. But there is no free market for oil.

To the contrary, today more than 90 per cent of proved conventional global oil reserves are held by national oil companies. So basically going overseas to pay for oil.

Those that are either fully or partly controlled by foreign governments. So whose interests often have as much or more to do with geopolitical considerations than free-market principles.

Every time we invest in decision at FedEx, we ask ourselves: “What is the return on this investment?” That is the question we must ask here. The Electrification Coalition, which I am a member, has put forward a plan to deploy electric vehicles at scale throughout the US. These policies would cost far less over all the years of their implementation than the hundreds of billions of dollars America sends overseas to pay for oil in a single year. In almost every conceivable area, the coalition’s plan represents a positive return on investment, from a $127bn improvement in the US balance of trade to millions of new jobs.

We cannot fix today’s gasoline price spike. But we can finally put ourselves on the path to a future in which we are in much stronger control of the fuel supply that drives our vehicles – and our economy. Little done to discuss this problem for the past 40 years. The time to do so without truly calamitous consequences is rapidly running out.