The flooding in the midwest has a direct connection to climate change. No other than real estate investment trusts that know this all too well.

So I spoke with one of the analysts at California’s Four Twenty Seven. A Berkeley based market intelligence provider that develops climate risk data for financial markets.

For flooding, Four Twenty Seven analysts provided data and information on the real estate hits. In other words, where an area has taken to flooding.

As well as the hit insurance companies will take. Also, the credit rating, or municipal bond rating of the areas affected by fires.

They are also focused on the climate change aspect. Coming from Nik Steinberg, Director of Analytics for Four Twenty Seven. 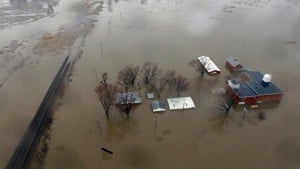 Furthermore and As the Weather Channel reported back during the flooding in Nebraska alone.

Even as new evacuations ordered Wednesday, officials are already beginning to tally up. It’s the damage from the historic flooding that has devastated the Midwest. All which is likely to be in the billions when the full scope of the disaster realized.

Nebraska Gov. Pete Ricketts told reporters the “preliminary and first” damage losses from the flooding in the state estimated to be more than $1.3 billion. That’s including $439 million in infrastructure losses, $85 million in private homes and business losses. Likewise $400 million in livestock and $440 million in crop losses.

It’s an interesting climate whiplash. The story here is actually about heat. As well as how heats role in early snowmelt and permafrost melt. Specifically, early season heat. Seasonality and untimely heat that is a ubiquitous feature of climate change. As a result, manifesting today through both heatwaves and spring/ snow flooding. 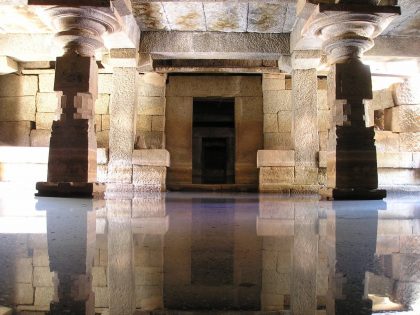 data product that provides granular projections of the impacts of climate change on real estate investment trusts (REITs). REITs represent an increasingly important asset class that provides investors with a vehicle for gaining exposure to portfolios of real estate. Data launched at the Urban Land Institute Fall Event in Boston, MA, accompanied by a white paper that lays out the implications of climate risk for the real estate sector.

Here’s a link to Four Twenty Seven’s website and bio’s for analysts — http://427mt.com/our-team/

As a pioneer of incorporating climate science into decision-making in the private and public sectors, Emilie founded Four Twenty Seven in 2012 to help businesses and communities understand the risks from climate change and develop effective resilience strategies.

An expert in climate adaptation and resilience, she is a frequent speaker at international events on climate risks and opportunities, has published extensively on climate policy, and teaches at the University of California, Davis on Business & Climate Change. She served as a member of California’s Technical Advisory Group for implementating Governor Brown’s Executive Order on climate change (EO B-30-15) and was Head of Carbon Analysis at Thomson Reuters Point Carbon. Finally, Emilie received the Visionary Award from the City of Berkeley, CA in 2016 and was a finalist for the Cartier Women’s Global Initiative for women entrepreneurs in 2014.