While scientists overwhelmingly agree that climate change exists, man is causing it, and it’s a danger to life on Earth, there are some who either don’t believe the science or have a hard time understanding it. Even among people who accept climate change as a reality, many feel like there is nothing to be done about it. Climate change must be addressed on a global scale, yes, but that doesn’t mean there aren’t things you can do at home to help.

What is climate change? 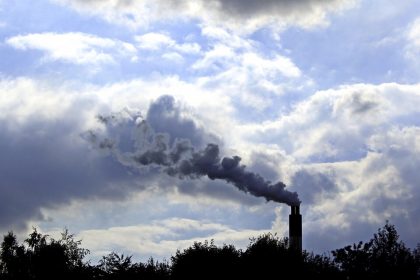 How do humans contribute to climate change on an individual level?

As humans, many of our daily activities contribute to climate change. The burning of fossil fuels is the leading cause of global warming, and as individuals we contribute to this when we use electricity or drive a car. This produces CO2. We also contribute to the production of other greenhouse gases like methane and nitrous oxide when we use products aided by fertilizers and by producing trash for landfills.

Is it too late?

Scientists warn that there is probably no way to completely stop or reverse the negative effects of climate change. Even if we stopped all greenhouse gas emissions today, there would still be lingering effects for years. But that doesn’t mean we should give up hope. It is not too late to reduce the effects.

“It may not be too late to avoid or limit some of the worst effects of climate change. Responding to climate change will involve a two-tier approach: 1) ‘mitigation’ – reducing the flow of greenhouse gases into the atmosphere; and 2) ‘adaptation’ – learning to live with, and adapt to, the climate change that has already been set in motion,” says NASA.

What can I do at home to fight climate change?

First of all, it’s about spreading facts and getting the word out. Spread your message through merchandise, such as t-shirt, bumper sticker or tote bag sales, and fundraising. Call your representatives. Write your town hall. Let your voice be heard, and most importantly: encourage others to do the same.

The best thing you can do at home is to limit your carbon footprint – in other words, reduce behaviors that contribute to greenhouse gas production. Some examples of how you can do this include driving your car less frequently (use more public transportation), switching to a more fuel-efficient car (hybrid or electric is best), eating less meat (one third of all food emissions in the United States come from red meat and dairy products), and conserving electricity and water whenever you can.

Another thing you can do is to shop organic – and not just when it comes to food. Think about the chemicals you are using, for instance, to make your yard look perfect.

“You can’t pour pesticides into the earth and then claim that you care about the environment … There are plenty of natural alternatives to try instead. And does it really matter if there are a few weeds on your lawn?” notes EatSleepBe.com.

Tackling climate change is going to require a lot of work on the local, national, and international level. One man or woman cannot stop the negative effects on their own. But that does not mean that they can’t help. You can make a difference by spreading your message and doing what you can, at home, to reduce your carbon footprint.