There are some problems which can make your HVAC give off a horrible odor. That which is sometimes this odor gets referred to as dirty sock syndrome. So we all know how bad that can be sometimes.

If you switch on your HVAC and you immediately notice that there is a distinctly unpleasant odor in the air stop. Because this is something that licensed technicians are used to contending with and know how to fix dirty sock syndrome. 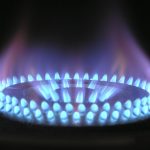 The root cause of those foul odors. Odors that are therefore assaulting our nostrils: bacteria.

Bacteria can grow in your HVAC system due to the fact that the coils used in your system. It can become both cool and damp, which helps to create optimum growing conditions for bacteria to grow.

The end result of allowing this bacteria to flourish. Because when you switch the heating on, the unpleasant odor generated by the bacteria fills the air. Then and only then you end up with what is accurately described as a dirty sock smell.

There are several different scenarios where a foul odor could be the end result. They are such as when the outdoor temperature falls below 40F. Then the HVAC unit switches to defrost mode.

This creates a smell of mildew in the air and there is also likely to be a noticeable nasty odor when you decide to switch on the air conditioning after the heating has been turned off.

One of the most common reasons why an odor becomes apparent is down to the fact that moisture has subsequently spawned mold.

Mold can settle on the evaporator coils on your unit and also in some other places like the drip pans and drain lines as well as the surface of the liner.

The odor you can smell is a good indication that mold is present in your HVAC system. So although you can smell it coming through your ventilation system, the source is an unpleasant slimy sludge. One slimy sludge happily feeding off the moisture in your unit.

There a health issues that need to be considered before attempting to tackle this problem yourself. Also and that is why in most circumstances. So it is better to call in an HVAC professional to assist. Therefore unless you have plenty of experience yourself.

A trained technician will be able to trace the source of the mold and fix the problem before turning on the unit again.

Problems with your ducts

It is also worth saying that the source of your odor problem may not actually be unit itself. So even though it may seem to coming from there.

It is possible to trust your sense of smell and you may be able to pinpoint the exact location of the odor by identifying where the strongest scent is coming from. If it is the ductwork, it is often advisable to get an HVAC specialist to clean the ductwork to ensure that the problem is eliminated.

The easiest way to avoid suffering from dirty sock syndrome and prevent bacteria from taking hold, is to have your system serviced and cleaned regularly.