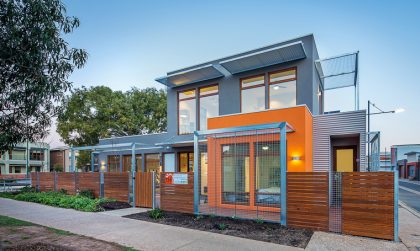 South Australia’s first zero carbon home was completed at Lochiel Park. That’s a Renewal SA project founded in 2013. The carbon dioxide produced by the home over its 50-year life will be offset. Offset within 32 years through cutting-edge sustainability systems.

In addition, Researchers at the University of South Australia studied the energy consumption. Also and the generation of Lochiel Park Green Village.

The investigation looked at the value propositions of the zero carbon housing policy. As a result they found that homes generated more energy than they consumed.

In energy efficiency, for every dollar invested, the person gets $2.50 in economic gain. By having super efficient homes, that can cope with heat waves stress conditions. Thereby you end up lowering total operating costs for everyone in the community.

Therefore this can create energy savings and benefits of $1.3bn across the state. So even though collected data came from Adelaide, it doesn’t matter. Because this concept works everywhere.

Lochiel Park homeowner Willie Smyth said his home allowed his family to feel comfortable throughout the year and eliminated almost all energy costs.

To read the entire story: http://bit.ly/20Dhq3o