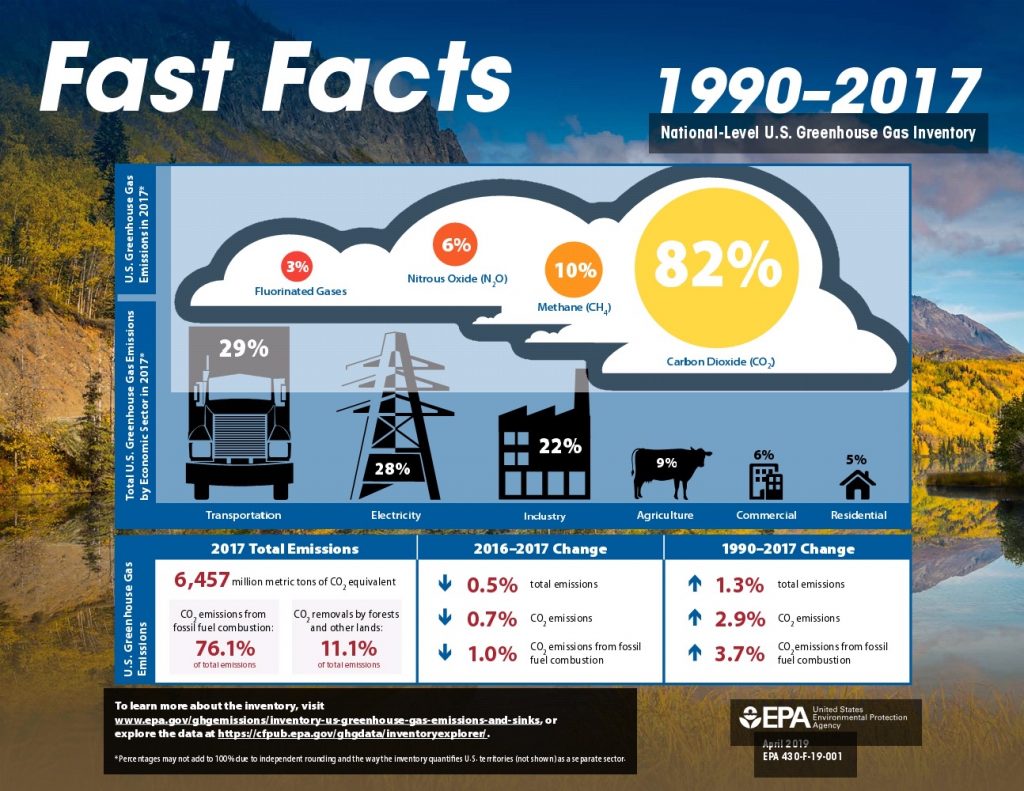 So first off, let’s talk about greenhouse gas emissions. Because the Global warming potential is really forcing everything together into a cluster. For starters transportation is the LARGEST emissions of the USA. Don’t ever let anyone else tell you wrong.

Why is this important?  Well as I’ve written:

In addition, the ocean absorbs almost a third of the CO2 we release into the atmosphere every year. So as atmospheric CO2 levels increase, so do the levels in the ocean. Initially, many scientists focused on the benefits of the ocean removing this greenhouse gas from the atmosphere.

However, decades of ocean observations now show that there is also a downside. Cause the CO2 absorbed by the ocean is changing the chemistry of the seawater. Thereby a process called OCEAN ACIDIFICATION.

To understand the changing chemistry of the oceans and the impacts of ocean acidification on marine ecosystems.  Our observations of key physical, chemical, and biological parameters support NOAA’s overall efforts. Efforts to predict how marine ecosystems will respond and to develop management strategies. Strategies for adapting to the consequences of ocean acidification.