What is renewable energy?

Inexhaustible renewable energy is generated through natural sources such as the sun. Also the wind underground. That’s unlike non-renewable sources of energy. Some examples are such as coal, renewable energy occurs in abundance and can be used for electricity generation.

Why is it important to use renewable energy?

Modern technology has increased our dependence on electricity. As well as electrically operated appliances. All with growing industrialization and commercialization.

Because non-renewable fuels may soon be exhausted. As a result, we may not be able to generate electricity. So the stereotypical way is using coal.

Moreover, coal-powered plants increase emissions. Especially of the greenhouse gas we call carbon dioxide. So obtaining energy from renewable sources produces electricity is better. I mean all without harming the environment. Especially or running the risk of replenishment.

Siemens considering environmental monitoring collected data for last 15 years. Therefore it is essential to utilize renewable energy. All so that we are well-prepared. Especially when NON renewable energy is exhausted.

What is Wind energy & how does it work?


First of all, wind energy involves installing windmills. It’s a structure which generates electricity. All because it rotates. All under the influence of wind. So we need to be in order to receive sufficient wind intensity. Because windmills should be installed at elevated locations. I have seen windmills in Western New York at the highest elevation in those areas! 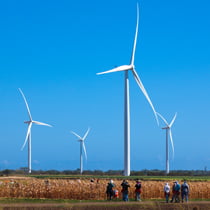 On May 8, 2016, Germany reported to have an excess supply of renewable energy. So much that the government paid people to use more electricity.

Then and according to Think Change India, two brothers in Kerala created a small windmill.  That’s just with the capacity to power a household on a daily basis.

What challenges come with windmills?

So installing windmills and generating electricity from it may become an expensive process. Because the location must be suitable for windmill installation. It may be far away from cities. Another thing which can increase the cost of supplying electricity.

The U.S Department of Energy declared that wind turbines can cause some negative effects. This includes accidental bird deaths, noise pollution and the potential for an unattractive visual appearance of a landscape. Well that’s nonsense!

Because I have seen them in Western New York. They are on peoples farms! Do you know what it is doing for farm land? Common folks! That’s because the reality is here! It’s also a beautiful thing happening in New York State. Because it’s all for a great reason! To provide green energy to other parts of the State. Like Buffalo, Syracuse or Rochester.  Moreover it could be New York City!

The history of windmills

According to Shepherd (1990), people in the 17th and 18th century used windmills to pump water. In addition, throughout history the structure of windmills underwent different modifications and structures. For that’s including horizontal and vertical windmills.

Also, horizontal windmills are more popular in the modern generation. So Domato (1984) explained that windmill structure consists of a tower. All upon which blades are fixed. That’s all along an axis. One that also rotates when wind flows. Smith II added that windmills trap wind energy. Moreover and then transform it. Directly into electrical or mechanical energy.

This explains the principal behind the generation of electricity. Especially using windmills. Applying the use of wind energy is a sustainable alternative. So much more. I mean way more than natural gas power plants. More than coal generated electricity. Yes and I mean by a landslide. 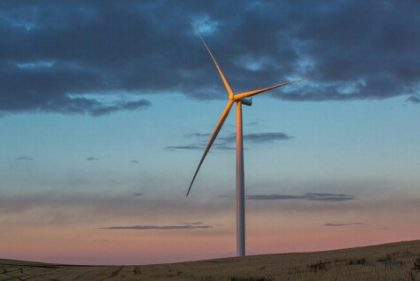 Finally, this Article is written by Staff of Perfect Pollucon Services. They are a leading Environmental Consultant firm in India since 2007.