Non-renewable energy sources such as coal, oil, and natural gas are damaging the environment; due to their constant use. 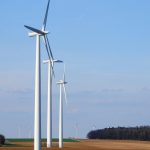 With the growing concern over climate change and the environment it’s clearly making things happen. All since they have prompted government regulators to fully explore renewable energy sources.

Primarily from renewable energy sources. For example and such as wind, solar and energy storage. In addition hydro and geothermal plus tidal. Those are especially becoming popular.

Especially because they cause significantly less harm than non-renewable sources.

Generally, companies develop renewable energy sources. They do it to harness power. Like the wind and solar power banks can also feed battery banks. At night, the power stored up gets used. It then gets thrown onto the grid.  As a result with battery banks (energy storage).

Real solutions provide power to homes, businesses, and even towns or cities on a large scale.

For instance, solar panels collect power from drawing energy from the sun. Energy storage the batteries collect it at night for continuous use.

Consumers are becoming more aware of the growing concerns over non-renewable energy resources. Prompting them to switch to renewable alternatives. Let’s not forget the increasing awareness of its environmental safety and sustainability. Because geothermal is propelling the use of renewable energy sources.

According to data compiled by Allied Market Research, the global renewable energy market was valued USD 1.46 Trillion in 2017. Consequently it is also expected to reach USD 2.15 Trillion by 2025.

Additionally, the market will witness a CAGR of 4.9% throughout the forecast period from 2020 to 2025.

Continuing to grow is hydro. However the ocean power segment accounted for 63% of the market share in 2017.  Furthermore holding the largest share until 2025. However, the solar energy segment will witness the fastest CAGR. They are registering 13.4% during the same period. Largely, the solar energy segment is becoming popular because of ease to install. Especially in areas where water or wind isn’t always common.

On the other hand, the use of wind power is also popular. Clearly because it is the cleanest. Also it’s one of the most sustainable way to generate electricity.

Again that’s according to the Union of Concerned Scientists. Because wind power doesn’t emit toxic pollution. In addition and as well as greenhouse emissions. You know, so countries are gradually adopting renewable energy legislation.

Forget the Paris Climate Agreement for now. Just look outside . THIS COVID-19 is letting us know what the world would be like if we stopped pollution.

Said Paris Agreement’s goal is to keep global temperature below 2 degrees Celsius this century. Plus to pursue efforts to limit the temperature increase. Especially further by 1.5 degrees Celsius. Yet here are technologies being implemented to solve our crises in part!

Triad Pro Innovators, Inc. (OTC: TPII) announced a  “Powered by eCell & motor array, the SPREE (Solar Powered Renewable Electric Energy) golf car will redefine the economics of how golf carts operate. Paying monthly utility bills, to recharge batteries can be greatly reduced or eliminated. That’s as SPREE will continuously top off its charge by utilizing a solar panel embedded in the roof. 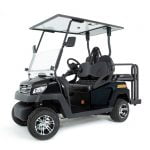 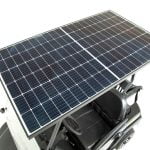 Global consumption of golf carts is anticipated to exceed 225,000 units in 2023. With this multi-billion dollar industry, valued at U.S. $2,3 billion. All of which 41% will be in the North American market.  Triad Pro Innovators projects attaining approximately $70,000,000 worldwide. That’s in sales of traditional golf and people mover vehicles. Plus that’s all by the end of its third production year.  This dynamic growth is due to the advantages of utilizing solar power.

With the Triad-Pro eCell installed you go expecting the SPREE golf car can run the distance. Yes folks I mean of an entire round of golf. As a result, drawing its charge from the sun.  Even on cloudy days, it can be fully re-charged. That’s in less than 1 hour on a regular 110V outlet.

I mean most golf carts today are powered by lead acid or lithium batteries. So I mean those can normally take 5 – 8 hours to fully recharge.

Yet SPREE requires no monthly maintenance and can save commercial fleet owners thousands of dollars of electrical cost.

In addition, SPREE will be delivered with a 10 year warranty on the eCell. Plus a 1 year bumper to bumper warranty.

Because of lower maintenance and operating costs the solar powered golf cart segment of the global golf cart market is anticipated to grow at a faster rate. Relate to other electric and internal combustion models.

Then in addition, the demand provided by golf courses, urbanization and industrialization in other countries. I mean of that is expected to drive the demand. Mind you too for local electric transportation to carry people and goods.

For additional information about Triad Pro Innovators visit the website at: triadproinc.com

GE recently announced that it intends to intensify its focus. All on the growing renewable energy market.by consolidating all of the company’s renewable and grid assets. Consolidating into a single company. A simplified Renewable Energy business.

Because global demand for renewable power generation and the associated grid integration. For they continue to increase globally. This is all from a report from the International Energy Agency*. It showed that renewable capacity additions of 178 gigawatts (GW) accounted for more than two-thirds of global net electricity capacity growth in 2017.

They say the proposed moves announced were part of a broader effort. All on the part of GE to position the company to meet the evolving needs of the power market. As well as including the growth of renewable energy.

This is clearly to improve competitiveness, speed, customer focus, and local execution in the Onshore Wind business. 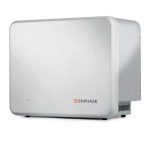 Then homeowners’ unique energy needs can he assisted. For it provides the flexibility to easily add more batteries. You know, as their energy usage changes over time.

Reportedly they have shipped over 30 MWh of residential energy storage systems to customers in Australia, New Zealand, Europe. Their continued investment in the Enphase ACB reaffirms the commitment to  customers in these regions. In addition to reinforcing our target financial model.

SunPower Corporation is working with Sierra Club. They are providing an opportunity for its more than 3.5 million members and supporters. All to go solar with SunPower. As part of the new program, participating Sierra Club members or supporters who purchase or lease a SunPower® home solar system can receive a USD 1,000 mail-in rebate. Moreover, SunPower will give Sierra Club USD 1,000 to support the organization’s mission. For several years running, SunPower solar panels have ranked No. 1. No. 1 in the Silicon Valley Toxics Coalition’s sustainability scorecard.

In addition, its direct current E-Series and X-Series solar panels were the first in the world to achieve Cradle to Cradle Certified™ Silver designation. Thereby demonstrating the product’s quality based on rankings in five categories.

Those are areas of importance to Sierra Club and its supporters that these solar panels are made in a SunPower facility that has qualified for Leadership in Energy and Environmental Design (LEED® Gold) building. Based on the environmental attributes of the building’s construction, maintenance and operations. So the same manufacturing facility has also received Landfill-Free Verification. That’s by NSF for achieving less than 1% of waste.

In conclusion, Sunworks has an integrated energy storage system. One that’s is comprised of 10-30 kW inverters. Plus and in addition 10-40 kWh battery banks. Then added finally a control management software. Finally, the new system is an integral component. Especially of Kingston’s plans to reduce its electrical footprint by 20 percent.