The Department of Defense Wants to Double Down on Renewables.

So as clean energy and environmental protections and renewable energy look set to suffer under Trump’s budget cuts. Yes we know we don’t want problems with Edward Air Force Base. So at least the military is doing its bit. It’s service to reduce emissions.

When you think of cutting-edge military technology, you probably picture tanks, cars, military style vehicles, weapons and communications. Yes perhaps even killer robots. But the Department of Defense would like renewable energy to be part of that list. 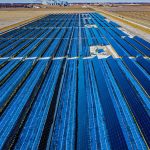 The military is no stranger to innovation. Cause recently even taking a page out of Silicon Valley’s book. And over the past 10 years it’s been gradually increasing its adoption of renewable power. Therefore and especially after it vowed to go green energy by 25 percent.

Now Reuters reports that senior military officials intend to “forge ahead under the new administration. All with a decade-long effort to convert its fuel-hungry operations to renewable power.” That might be easier than ever, given President Trump’s recent promise to commit an extra $54 billion to defense spending. 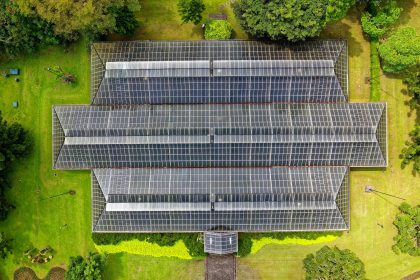 The Department of Defense (DoD) could generate 7,000 megawatts (MW) of solar energy off of Edwards Air Force Base and others.

Therefore and more interestingly equivalent to the output of seven nuclear power plants. That’s on four military bases located in the California desert.

All according to a study released by DoD’s Office of Installations and Environment. The study was conducted by the consultancy ICF International. It looked at seven military bases in California. Also, two in Nevada.

It finds that, even though 96 percent of the surface area of the nine bases is unsuited for solar development. That’s ONLY because of military use, endangered species and other factors. It’s not the idea of 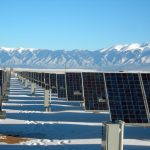 It’s because the solar-compatible area is nevertheless large enough to generate more than 30 times the electricity consumed by the California bases. That’s about 25 percent of the renewable energy that the State of California. All being requiring utilities to use by 2015.

DoD is seeking to develop solar, wind, geothermal and other distributed energy sources. All on its bases.

Both to reduce their $4 billion-a-year energy bill. As well as to make them less dependent on the commercial electricity grid. So much so that on-site energy generation, together with energy storage and so-called smart-microgrid Technology is a winner. It would allow a military base to maintain its critical operations “off-grid” for weeks or months if the grid is disrupted.

They should go bigger to survive longer, however that’s just me

Most of the surface area of the installations consists of undeveloped ranges used for training and other military activities that the study finds are incompatible with solar facilities. In addition, using detailed Geographic Information System data, ICF ruled out large portions of the bases’ developed areas because of the presence of cultural and biological resources, flash flood hazards and other conflicts. For each area that survived the geographic screening process, ICF looked at the technical feasibility of six alternative solar technologies and at the economic viability under private versus military ownership.

In conclusion, the study finds that 25,000 acres are “suitable” for solar development. In addition, another 100,000 acres are “likely” or “questionably” suitable for solar. Therefore ICF assumed that 100 percent of the “suitable” land and 25 percent of the “likely” or “questionably” suitable land. All yes folks ALL would be developed for solar energy. That’s according to the study. Cause the largest amount of economically viable acreage is found at Edwards Air Force Base (24,327 acres), followed by Fort Irwin (18,728 acres), China Lake (6,777) and Twentynine Palms (553 acres). ICF found little or no economically viable acreage on the other California bases (Barstow, El Centro and Chocolate Mountain) or the two Nevada bases. That’s principally because the military’s use of the land. It is incompatible with solar development.

Finally, the study finds that private developers can tap the solar potential on these installations with no capital investment requirement from DoD, and that the development could yield the federal government up to $100 million a year in revenue or other benefits such as discounted power.