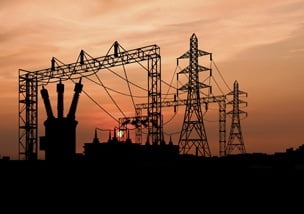 By Dick Resch and owner of Ki Furniture

The United Nations released a 2,000-plus-page report on climate change and carbon emissions with a straightforward conclusion. That’s global temperatures are rising and human activity is the primary cause.

So first of all, the report’s 259 authors warn that catastrophic heat waves. As well as droughts and floods will grow more common. All unless governments take steps to limit greenhouse / carbon gas emissions. But there are serious political limits to what governments can do. That’s especially with the global economy focused on power and energy companies generating carbon emissions.

Fortunately, some private firms are picking up the slack. For example and even notorious emitters like manufacturers. But if we’re to solve the climate change problem, more businesses worldwide will need to join them — and voluntarily reduce their own carbon emissions.

Make no mistake — the time for action is now. In May, scientists at the National Oceanic and Atmospheric Administration reported that the concentration of carbon in the earth’s atmosphere had reached record-high levels. The American Meteorological Association recently noted that 2019 was one of the 10 warmest years on record.

But those findings are unlikely to move many governments to action. According to Alden Meyer, an environmental policy expert at the Union of Concerned Scientists, the IPCC’s latest assessment “would not be a huge shot of adrenalin” for governments to reduce carbon emissions.

Many private firms aren’t waiting for the government to take the lead on emissions reduction. And the companies that are doing the most to reduce emissions are those who contributed the most in the first place manufacturers.

It’s now widely understood that the Industrial Revolution was a turning point in our planet’s history, causing carbon emissions to rise by one-third. More recently, the rapid development of manufacturing industries in emerging economies like China, India, and Brazil has proven to be a key driver of emissions.

But, as the Center for American Progress points out in a new report good parts of our economy. For example the manufacturing sector today is actually vital to the process of building a low-carbon economy.

Consider Unilever, one of the world’s largest consumer-goods companies. Between 2008 and 2012, the firm reduced its carbon emissions from manufacturing by 838,000 tons. It plans to open seven new eco-efficient factories this year.

By 2030 they will become carbon positive in our manufacturing:

Hewlett Packard has reduced the carbon footprint of the plastic in its printer cartridges by 33 percent by switching to what it calls a “closed loop” recycling process.

First of all, At KI Furniture, they’ve dramatically cut the amount of waste that we produce. Between 2011 and 2012, we diverted more than 500,000 pounds of waste from landfills and reduced our materials usage by more than 6 percent.

Innovative materials are also helping manufacturers shrink their carbon footprints in ways that weren’t possible just a few years ago.

For instance, Irvine, California-based start-up Newlight Technologies has developed AirCarbon — a material derived from recycled greenhouse gases. The manufacturing process takes methane and carbon dioxide out of the atmosphere and transforms them into durable plastic. The entire process is carbon negative — it actually reduces the amount of carbon in the atmosphere.

The trend toward environmental consciousness is catching on. A recent report from HSBC found that 84 percent of the world’s largest companies have emissions targets. This might help explain why the total carbon emissions of 42 industrialized nations actually fell in 2011.

The only way that such efforts will have a significant effect on climate change is if more businesses join in the cause. Public policy alone won’t be enough. It’s the responsibility of carbon-emitting enterprises to do their part in preserving our planet.