First of all, boys and girls: are global temperatures rising or falling? Well it’s time to take the building learners program!  We’ll get there but let’s talk historical perspective folks!

So scientists almost universally agree the world is warming. Yet school kids in Texas, Wyoming and West Virginia will get a much less definitive answer. Especially if local activists and politicians get their way.

So at a time when U.S. President Barack Obama was pushing a global effort to rein in greenhouse gases, conservative critics back home are pressing a grassroots counterattack. Thereby they were targeting how schools address global warming. The goal therefore was to emphasize doubts about whether humanity is indeed baking the planet. 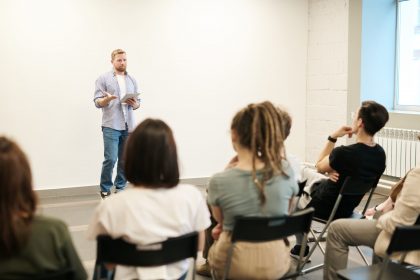 “Climate change was only presented from one side and that side is the Al Gore position that you don’t need to discuss it, it’s a done deal,” said Roy White, a Texan and retired fighter pilot, referring to the former U.S. vice president’s warnings on global warming. “The other side just doesn’t seem to want to allow the debate to occur.”

White, who lives in San Antonio, doesn’t want kids indoctrinated by “misinformation,” he said. So he and 100 fellow activists have sought to change textbooks. So that they refer to climate change as fact; rather than opinion. That the vast majority of scientists disagree with him. Yet it is more a sign of dissent being quashed than of true consensus, White, 60, said in a telephone interview.

White’s band of volunteer activists is called the Truth in Texas Textbooks coalition. They lobbied the state to reject social studies books that they said contained factual errors. As well as those fostered an anti-American bias. Among the books’ sins: omitting mention of those who question climate science.

Yet, In addition and as NPR reported:

More than 80% of parents in the U.S. support the teaching of climate change. And that support crosses political divides. I mean that’s according to the results of an exclusive new NPR/Ipsos poll. One poll:

Whether they have children or not, two-thirds of Republicans and 9 in 10 Democrats agree that the subject needs to be taught in school.

As well as a separate poll of teachers found that they are even more supportive, in theory. Because 86% agree that climate change should be taught.

These polls are among the first to gauge public and teacher opinion on how climate change should be taught to the generation that in the coming years will face its intensifying consequences: children.

However and in conclusion CNN reports from Italy this week.  So in 2020, Italian school students in every grade will be required to study climate change and sustainability. This in an attempt to position the country as a world leader. Most noteworthy and in environmental education.

Finally, Education Minister Lorenzo Fioramonti, of the anti-establishment Five Star Movement commented. He said all public schools will include about 33 hours a year. That’s directly in their curricula. All to study issues linked to climate change.

To add to this point, the US Green Building council announcing a new program allowing K–12 schools to track, teach and improve sustainability performance called the Building Learners Program which is so darn important!

USGBC offering a new program for K–12 schools. One incorporating building data into the classroom like never before. The Building Learners program equips schools with curriculum, training, a volunteer mentor and the Arc building performance platform. With guidance and tools, school teams are empowered to engage students in real-world, hands-on learning about sustainability performance and its connection to their studies, their future careers, and their local and global communities.

All by emphasizing two key approaches:

1. Cross-functional collaboration in which a teacher, school operations leader and local green building professional lead the design and implementation of the Building Learners program. Each member of the integrated core team brings expertise and a unique perspective.

2. A continuous learning cycle in which students are the drivers of learning and action. The cycle begins with an investigation or audit of a sustainability performance metric such as energy, waste, water or air quality. After analyzing the data they have collected, students research, propose a solution and implement an action project aimed at improving sustainability performance. A second audit helps students study the results of their intervention and plan next steps…with some celebrating of their successes in between.

Sources: For the entire story on Bloomberg Business, by Alex Nussbaum, 12:00 AM EST February 5, 2015 NPR  and CNN and USGBC