That puts the planet two-thirds of the way there. We are now currently around 1.5 degrees above pre-industrial level temperatures; that’s counting the pollution we’ve emitted and will continue to emit in the short-term to medium-term.

The de facto assumption of climate change policy is that the world must limit the increase in global temperatures to 3.6 degrees Fahrenheit (2 degrees Celsius). This is also above pre-Industrial levels and/or are at risk hitting a tipping point. That’s consequently where the impact becomes irreversible.

William Nordhaus, an economist, suggested that more than 3.6 degrees of warming would “take the climate outside of the range of observations. That’s all which have been made over the last several hundred thousand years”.

By the 1990s, 3.6 degrees gained traction in the scientific community. That’s when politics came in through the European Council. They argued in 1996 that 3.6 degrees should be the United Nations’ red line for global warming.

However, it wasn’t until four years ago, at a climate conference in Cancun, Mexico. That was when countries finally committed to “hold the increase in global average temperatures below” 3.6 degrees.

So despite being almost 40 years old, this temperature threshold remains controversial. I mean and for good reason. One: It’s rather arbitrary. Two: It’s unrealistic.

Furthermore think of the idea of staying within 3.6 degrees. I mean global carbon pollution would have to begin coming down in the next decade.

Because this is all according to the United Nations Environmental Program Emissions Gap Report. So the world will have to reach zero net greenhouse gas emissions. All as a result before the end of the century.

In other words, we’re nowhere near where we need to be. Especially as to stay under this target. Pollution continues to rise. As well as global temperatures are already locked in for warming. 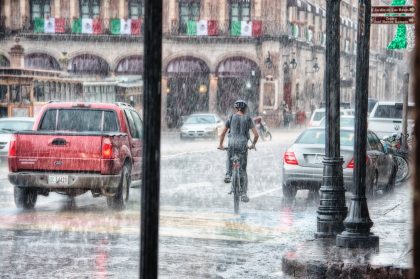 As it becomes clear that international talks will fall short of meeting this target. Some are calling to abandon it altogether. NASA did an evaluation of an IPCC special report.

Because the degree of these risks depends on many factors. For example it’s such as the rate, duration and magnitude of warming. As well as geographic location and levels of development and vulnerability. Finally also how humans respond. I mean through adaptation and mitigation options.

Some regions as a result like small island states are in trouble. For they will experience multiple climate-related risks. Risks that will compound upon each other.

Furthermore and a key point of the special report is 1.5-degree warmer world.

The impacts of climate change haven’t been spread evenly around our planet. Moreover they also won’t be in the future. Temperatures increase at different speeds everywhere. That’s with warming generally higher over land areas than oceans.

The strongest warming is happening in the Arctic during its cool seasons.

As well as in the Earth’s mid-latitude regions during warm season.

Impacts on Biodiversity and Ecosystems

Loss of Species and Extinction —

Well then those numbers jump to 18 percent. K mean also 16 percent and 8 percent, respectively. The consequences of such range changes could be considerable. Take insects, for example. Pollinating insects, such as bees, hoverflies and blowflies that support and maintain terrestrial productivity, including agriculture for human food consumption, have significantly greater geographic ranges at 1.5 degrees Celsius warming than at warming of 2 degrees.

The report projects entire ecosystems will transform. That’s with about 13 percent of land areas projected to see their ecosystems shift from one type of biome to another. Especially at 2 degrees Celsius warming. So I mean about 50 percent more area than at 1.5 degrees warming.

In the Mediterranean biome, desert and arid vegetation is projected to expand above 1.5 degrees Celsius of warming.

Tundra and boreal forests in Earth’s high latitudes are particularly at risk of degradation and loss. All with biome shifts likely in the Arctic and in alpine regions. Limiting warming to 1.5 degrees Celsius instead of 2 degrees is expected to prevent 1.5 to 2.5 million square kilometers (579,000 to 965,000 square miles) of frozen permafrost soils from thawing over centuries. Thereby reducing their irreversible loss of stored carbon.

According to the report. Therefore a warming of 1.5 to 2 degrees Celsius will lead to a reduction of rainforest biomass. Finally it will increase deforestation and wildfires.

Trees at the southern boundaries of boreal forests will die.

The report’s authors find that even if the temperature increase is limited to 1.5 degrees Celsius, sea level will continue to rise, as heat already stored in the oceans from human-produced warming causes them to expand.

It would be foolish to assume that the world wouldn’t be impacted by a rising sea level. Risks are projected to be highest in South and Southeast Asia, but sea level rise will significantly impact areas all around the world to varying degrees.