Climate system change. Well here we are folks! Key conclusions from the Intergovernmental Panel on Climate Change’s Climate Change. So even going back the IPCC’s Fifth Assessment Report (AR5):

Warming of the climate is unequivocal, and since the 1950s. Because many of the observed changes are unprecedented over decades to millennia.

As well as the atmosphere and the ocean have warmed. So as the amounts of snow and ice have diminished. Finally sea level has risen, and the concentrations of greenhouse gases have increased.

Each of the last three decades has been successively warmer at the Earth’s surface than any preceding decade since 1850! 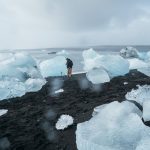 Changes in many extreme weather and climate events have been observed since about 1950.

Finally and most importantly, it is extremely likely that human influence has been the dominant cause of the observed warming since the mid-20th century.

The IPCC does not mince words. And despite a frontal assault by climate skeptics, attempting to use the scientific nuances of the report to sow doubt, meh. The conclusions stand as a rock.

Some media outlets are emphasizing the small shifts in scientific understanding or the recent reduction in the rate of warming of the atmosphere (as opposed to oceans). Therefore leaving casual readers confused if indeed this is the most definitive assessment of the risks of human-caused warming. It is!

The most rigorous scientific peer review process ever assembled by humankind is leaving no more room for doubt.

With a 95 percent certainty of the main conclusion that mankind’s emissions are the leading cause for continued climate change. 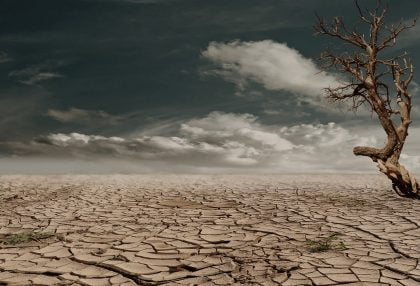 So the debate around the science is now truly settled. Yes of course, climate system models will be fine-tuned further. In addition, more research will shed light on many important aspects of our earth’s climate system.

However at this point there is no more need for continued debate over the causes.

We are now more certain than ever that burning fossil fuels and deforestation are responsible for the warming of the planet and its oceans. They are leading to the melting of glaciers and the retreat of arctic sea ice.

So finally, the rise in sea levels and the increased occurrence of extreme weather events are things to see as clear as day.

The flooding in the Midwest has a direct connection to climate change. No other than real estate investment trusts that know this all too well.

So I spoke with one of the analysts at California’s Four Twenty Seven.

For flooding, Four Twenty Seven analysts provided data and information on the real estate hits. In other words, where an area has taken to flooding.

As well as the hit insurance companies will take. Also, the credit rating, or municipal bond rating of the areas affected by fires.

Finally and As a small example. The Weather Channel reported back during the flooding in Nebraska alone.

“Even as new evacuations ordered Wednesday, officials are already beginning to tally up. It’s the damage from the historic flooding that has devastated the Midwest. All which is likely to be in the billions when the full scope of the disaster realized.

Nebraska Gov. Pete Ricketts told reporters the “preliminary and first” damage losses from the flooding in the state estimated to be more than $1.3 billion.

In conclusion, that’s including $439 million in infrastructure losses, $85 million in private homes and business losses. Likewise $400 million in livestock and $440 million in crop losses.

This is real folks. It’s so real!