First of all, parabens are consequently a group of chemicals widely used as artificial preservatives. Even more, they date back in cosmetic and body care products to the 1920s. So since cosmetics contain ingredients that can biodegrade. That’s also why these chemicals get added preventing and cutting the growth of harmful bacteria and mold. Thereby increasing the shelf life of the product. 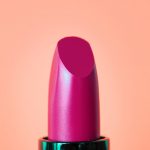 Chemicals and their Impact on You

The concern with these chemicals is scientific studies suggest that parabens as a result disrupt hormones in the body. They also similarly harm fertility and reproductive organs. It also affects birth outcomes and therefore increases the risk of cancer. Common now!!

They can also similarly cause skin irritation. Moreover, studies have detected parabens in nearly all urine samples taken from adults in the U.S., regardless of demographic (Ye 2006). MY PEE?!?!

Now it’s a given the endocrine disruption capacity and documented female and male reproductive harm. Then coupled with the potential for similarly repeated lifelong exposure. So it is clear that long-chain parabens (isobutyl-, butyl-, isopropyl- and propylparaben) is wrong and still used in personal care or cosmetic products. More importantly products must and can be made without these chemicals. 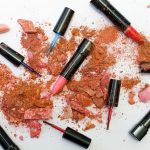 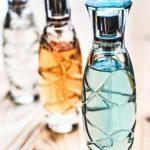 Parabens used in a variety of leave-on and rinse-off products. Especially those similarly with a high water content. So that’s for example shampoos and conditioners. You know which people use every day. Their antimicrobial properties are most effective against fungi and gram positive bacteria. Therefore, we are talking about consequently moisturizers, face and skin cleaners, and sunscreens. Furthermore deodorants, shaving gels, toothpastes, makeup and many other products contain parabens. 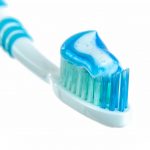 They absorb into the body through the skin. Then are also consequently metabolized and excreted in urine and bile (Sonia 2005). However, daily use of a product or multiple products containing parabens results in direct and continuous exposure. That’s as indicated by nearly ubiquitous detection in biomonitoring surveys. 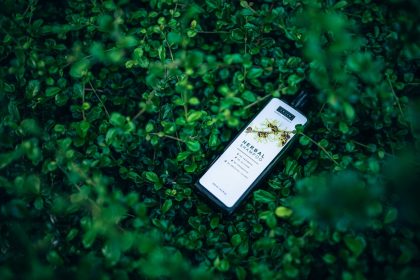 Personal care products are the greatest contributors to paraben exposure. I mean it’s in studies. All comparing paraben levels in the bodies. That’s of women, men, adolescents and children. Those who regularly use cosmetics and those who do not.

So adolescent girls who wear makeup every day had most noteworthy 20 times the levels of propylparaben in their urine. That’s compared to those who never or rarely wear makeup (Berger 2018). 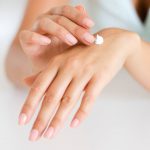 The use of body and face lotions, hair products, sunscreens and makeup have all been predictors.  That’s of and correlated with remarkably increased levels of urinary parabens (Sahki 2018, Nassan 2017, Braun 2014 and Fisher 2017).

People can also be exposed to parabens by eating foods and beverages that do not just contain parabens but are also preserved with them. In the 1970s, for example propylparaben designated as “generally recognized as safe” for addition to food up to 0.1 percent (CDC 2016). But this safety label out dates, given studies that point to health effects associated with parabens.

Parabens can also act like the hormone estrogen in the body and disrupt the normal function of hormone systems affecting male and female reproductive system functioning, reproductive development, fertility and birth outcomes. Parabens can also interfere with producing hormones. The U.N. Environment Programme has identified parabens as a group, including propyl- and butylparaben, as endocrine-disrupting chemicals or potential endocrine-disrupting chemicals (U.N. Environment 2017). The Danish Centre on Endocrine Disruptors has also identified butyl- and isobutylparaben as endocrine disruptors (Danish Centre on Endocrine Disrupters 2018).

The skin can become sensitized to products containing parabens, which results in irritation (CIR 2006). The potency of sensitization shows to also be related to the side-chain length of parabens (Sonnenburg 2015).

Parabens in the Body

In National Health and Nutrition Examinations Surveys, the Centers for Disease Control and Prevention, or CDC, detected propylparaben in greater than 92 percent of Americans tested, and butylparaben in about 50 percent of those tested (Calafat 2010). These results were similar to levels measured in adolescent girls in the 2016 HERMOSA intervention study (Harley 2016). Following just a three-day intervention, when the girls used products without parabens, propylparaben levels in urine dropped by about 45 percent.

Parabens detected in infants (Calafat 2009) and older children (Calafat 2010), as well as adults, including pregnant women (Smith 2013). Therefore, exposure may begin in early life stages and be continuous.

Parabens may also bioaccumulate in the body over time in fat tissue, as metabolites of parabens measured in fat correlate with age (Aracho-Cordón 2018 and Wang 2015).

Parabens are also linked to ecological harm, as low levels of butylparaben also can kill coral, according to laboratory tests (Danaovaro 2008). Parabens detected in surface waters, fish and sediments (Haman 2015). When parabens with chlorinated tap water, a number of chlorinated paraben byproducts can form (Canosa 2006). Little is known about toxicity these byproducts, which may be more persistent (Haman 2015).

Actions To Protect Against Parabens

Most importantly, major retailers in the U.S. have planned or already have in place active bans or restrictions (EDF 2019). Whole Foods Market bans all four parabens as part of its premium body care standard. CVS has committed to removing them in CVS store brand products by 2019 and in all beauty, personal care and baby products at Target by 2020. Rite Aid lists butyl- and propylparaben on its restricted substances list to phase out of some products by 2020. Walgreens has committed to removing isopropyl- and isobutylparaben by 2021.

As a result and since 2015, the EU has banned isopropyl- and isobutylparaben in all personal care products. That’s especially because of the European Commission’s Scientific Committee on Consumer Safety declaration that “adequate evidence has not been provided for the safe use of propyl- or butylparaben in cosmetics” (SCCS 2013). Therefore these parabens are also banned in personal care products in 10 Southeast Asian countries, as determined by the intergovernmental Association of Southeast Asian Nations (ASEAN).

In conclusion, the use of propyl- and butylparaben restricted in the EU, ASEAN and Japan.

Finally and in conclusion, here is more information you might find useful:

Banned Around the Globe – But Still Legal in California? https://www.ewg.org/news-and-analysis/2019/04/banned-around-globe-still-legal-california