Pricing for installing solar fell by 70 percent between 2010 and 2016, yet many Americans still feel they can’t afford it. Going solar does, to be fair, require a fairly large upfront investment. Yet it seems like you can finance or lease the system. That’s so cool especially when compared with just getting your electricity from the grid.

In the long run, though, the investment will pay for itself and maybe even start earning you extra income. Plus, there are lots of ways to make the cost of installing solar panels more affordable. Read on to find out how.

The federal government, as well as many state and local governments, offer incentives to reduce the cost of going solar. Depending on where you live, you might be eligible for a number of tax exemptions, tax credits, rebates and other assistance. 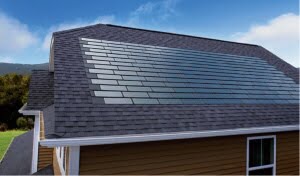 The federal government, for example, offers up to a 30 percent tax credit for certain residential solar electric systems and solar water heaters. Check out this interactive map to see what incentives are available in your home state. You might also be eligible for a solar grant, which doesn’t need to paid back.

You might also be able to get some financial assistance, or at least some good deals, from energy companies and non-profits. These organizations offer a number of programs, especially to low-income customers, aimed at making solar accessible to more people. These programs can significantly reduce the costs of installing solar and may even make it free. 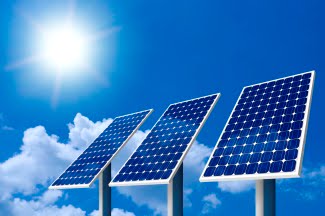 Before signing up for any program, be sure you read all contracts carefully and make sure the company is reliable. Some companies that advertise “free” solar panels are actually referring to financing and leasing options. While these programs can be quite helpful for reducing initial costs, you still have to pay for the panels at some point.

That’s not to say that financing and leasing aren’t legitimate solar programs that can make switching to the renewable resource more affordable and accessible. They can be extremely helpful.

If you can sign up for a solar lease or a power purchase agreement (PPA) with a third party, you are essentially renting the panels from the owner. This allows you to pay smaller amounts over a longer period rather than a one large upfront payment. You’ll still save money, though, because the payment will be lower than your standard energy bill.

Solar leases work like they do in other industries. You might pay $0 or pay for part of the system upfront. Then you make monthly payments and might eventually be able to purchase the panels. During the lease period, the third party takes care of maintenance and maintains ownership of the solar system.

A PPA works similarly except instead of paying for the system, you pay for the energy it produces. The third party will install it at no cost, but you must agree to purchase the power produced by the panels at a fixed rate, which will offset your standard electricity bill. You might also be able to purchase the panels or extend the PPA once it ends.

You could also opt for a loan. Since you’re borrowing the money to purchase the system, you own the system and get all the benefits while making regular payments on the loan over time.

Another way to make solar more affordable is to share the costs and benefits with your neighbors. A community solar program involves building a small solar “garden” that multiple households get power from. The community might collectively own this garden, or a third party might own it and allow nearby customers to purchase power from it.

This solution allows you to get the benefits of solar while sharing the costs and is ideal for those who can’t place solar panels on their roofs either because they’re renting, because their roof doesn’t get enough sun or because of technical constraints.

Don’t forget about the savings that going solar can provide! The precise amount you save depends on how much generate and use, but on average homeowners can save 40 to 70 percent of their electric costs over the lifetime of the system. The more sun you get and the more efficient your system is, the more electricity you can produce.

The policies in your state also play a large role. Some states use net metering, which means that the energy you generate offsets the cost of the electricity you use and you can sell excess energy back to the grid. Others use feed-in tariffs, which means utilities enter into contracts with energy producers and pay them a set amount based on the cost of generating that electricity. The precise rules of these policies vary from state to state.

Think you can’t afford to install solar? Think again. If you have access to one or more of these programs, going solar may be within your reach.

Emily Folk is a freelance writer and blogger from Lancaster, PA. She covers topics in conservation, sustainability and renewable energy. To see her latest posts, check out her blog Conservation Folks, or follow her on Twitter!