By: Michael Keller / Some good news for the burgeoning population of urbanites around the world. Walkable and green neighborhoods are safer streets with less crime. They therefore won’t require huge investments in new technologies. Instead, urban planners and researchers say that controlling crime in the future means looking to the past and up into the trees.

“We need to make our urban spaces walkable again,” says Dr. Jack Nasar, a professor of city and regional planning and editor of the Journal of Planning Literature at The Ohio State University. “In terms of safety—people living together. They know who belongs, and they’re more likely to interact with each other and build a sense of community. Get people back out onto the street.“

But more effective and visible policing requires cities to walk a thin line. Especially where a police presence can deter crimes but too many can actually increase the perception of menace. Then and only then citizens feel under threat

“Crime is complex and its relationship to the environment even more so,” Roberts says. “I think a crime free city is impossible to imagine, because human beings are frail, make mistakes and do bad things.”

There are several measures cities can take to either prevent crimes or resolve them. You know, once they’ve happened. But, she cautions, many are unattractive as solutions. 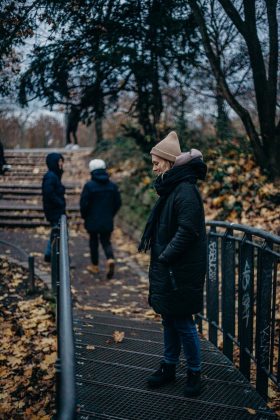 While cities are currently deploying closed-circuit television cameras in crime-ridden areas, the evidence has not yet proven that they deter offenses, though they can help catch perpetrators after the fact. Gating developments, storefronts and alleys can also reduce crime but at the cost of increasing the perceived threat of criminality and making residents feel isolated.

Digital mapping and GPS are also being used to analyze the locations, times and types of crimes to give authorities better information to increase policing, gate alleyways and conduct other prevention programs.