It wasn’t so long ago that many environmentalists were scoffing at the idea that technology could help to save the planet. Business leaders were equally skeptical that industry could be both green and profitable. Now, thanks to radical innovations born of imaginative minds, humanity can have the best of both worlds: a clean world and an abundant future. Here are five incredible new technological advancements that are helping to secure a brighter tomorrow for the planet. 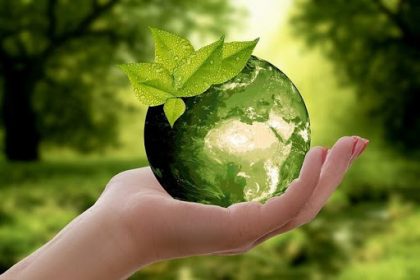 It’s counterintuitive but true. Artificial intelligence (AI) is helping to make great strides against threats to the environment. Arguably the most important application of AI lies in predictive modeling. Both the severity and the long-term impacts of global climate change can be more effectively and accurately mapped using more sophisticated programs. Ocean Data Alliance uses satellite imagery and AI to track water pollution and coral reef destruction, enabling the allocation of resources to efficiently fight these problems. Advancements like CPU wafer technology promise to meet the demand for computational power, which will only increase the efficacy of these processes in the coming years.

Carbon capture and sequestration are the processes of storing carbon dioxide (CO2) emissions before they ever enter the atmosphere. After CO2 is produced as a by-product of combustion, the gas is captured and subsequently compressed into a liquid. That liquid is then pumped deep underground where it can be stored on a geological time scale. The technology has reached the point where between 90% and 100% of the carbon produced can be captured successfully, making it a game-changer for energy production and manufacturing.

Biophilia and Biomimicry are two separate but complementary schools of design thought. Biomimicry is about using technology to emulate the processes of nature. For example, the use of CO2 from the ocean by coral to build exoskeletal material is inspiring technologies that utilize atmospheric CO2 to create new, sturdy materials. Biophilia, on the other hand, refers to using closeness to nature to improve the wellbeing of humans. Putting plants in an office that absorb toxic airborne chemicals is a good example of this idea in action. At their core, these design techniques are about moving human life into harmony with nature while allowing us to advance scientific and economic progress at the same time.

Every square foot of land that we lose to pollution has the potential to grow food or make oxygen. That’s why ecological remediation technology is so vital. Two specific technologies represent the cutting edge of tackling the pollution problem: bioremediation and nanoremediation. Bioremediation treats a contaminated area by stimulating the growth of microorganisms that consume specific pollutants. Nanoremediation uses nano-scale reactive agents to neutralize organic pollutants (often through redox reactions) and immobilized metal contaminants. And what will all of these innovations create besides clean soil? Jobs. Correcting the mistakes of the past is itself fueling an array of new and profitable industries.

What if there were more places in the universe to acquire energy and resources than just Earth? There obviously are, but this idea has a tendency to get lost in the conversation about making a better world. It really shouldn’t. The idea of space-based solar power, where energy is gathered by photovoltaic cells in orbit and then beamed down to receiver stations on Earth has been around for some time. Now with commercial spaceflight driving down the cost of spaceflight, this concept could finally be put into action. Moreover, extracting resources from asteroids may initially be high-cost, but the potential returns are enormous. Research shows that a single 30-meter-long, asteroid rich in platinum could yield between $25 and $50 billion of resources without damaging our world at all. Certainly, this would require time, effort and focused will, but the greatest ideas in history always have.

The march of progress does not mean a march to destruction. By doing what humans do best, which is to think creatively, we can find ways to grow our global society not in opposition to nature, but in harmony with it. Technology is leading the way.