Even I was amazed to hear this morning this news.

Since 2011, I mean that my favorite green energy company Green Mountain Energy (GME) just signed up the EMPIRE STATE BUILDING.

Yes folks, I so was amazed.  Knowing how GME prices their energy.  Well I mean then it made sense to me .  For I can only imagine the energy savings they received from this deal.

The most popular building in New York City.  The Empire State Building went so so green.  For it purchased 100% wind power.  All most noteworthy from Green Mountain Energy Company. 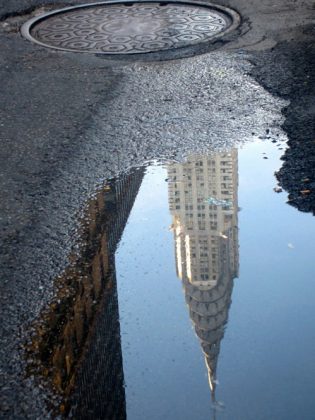 This will most importantly avoid nearly 100 million pounds of carbon dioxide (CO2) emissions each year!!

That’s most noteworthy the equivalent of nearly every house in New York State turning off all their lights.  I mean also for a week!!

Yet as the Washington Post added and admitted they have been at this since 2011.

The real estate trust has already established a reputation for sustainability.  I mean a decade-long “deep carbon” retrofit.  One that truly enabled the Empire State Building to cut its planet-warming emissions by about 40 percent. The skyscraper itself has also been run on renewable energy since 2011.

So I mean besides the fact they did the other cool green stuff like changing light bulbs.

So EPA’s Green Power Partnership is a voluntary program.  One that so encourages organizations to purchase green power.  All as a way to reduce the environmental impacts on the grid.  I mean that’s so associated with electricity use.

The Empire State Building has as well, earned Energy Star certification every year since 2010.

The renewable energy supplying the Empire State Building was purchased in the form of wind Renewable Energy Certificates (RECs).

All most importantly from NRG Energy.  For that is also Green Mountain’s parent company.

In addition and over time, the Building has also replaced an incredible 6,514 windows. During the retrofit, they plan to retrofit every single one of them.  Thereby quadrupling the energy performance.  Most noteworthy and by while reusing over 96% of existing materials all onsite.

Yet according to the Washington Post it’s the Empire State Realty Trust that made the purchase of wind power from Green Mountain Wind Energy and Direct Energy now.  Thereby and finally making it the nation’s biggest real estate user of entirely renewable energy.

The three-year contracts, which started Jan. 1, will provide an estimated 300 million kilowatt hours of electricity.  This is all for the Empire State Reality Trust’s more than 10 million-square-foot portfolio. That’s moreover and enough to light every home in New York state for a month.

In conclusion, purchasing these RECs is a widely accepted way to address the greenhouse gas emissions.