President Biden’s Department of Transportation and Department of Energy announced $5 billion towards a program that aims to build out a network of 500,000 electric vehicle chargers across the nation, an investment out of the recently passed infrastructure law.

With today’s announcement, DOT also published guidance for states to apply for the funding and submit their charging deployment plans, with a focus on prioritizing access to rural and underserved communities. As part of Biden’s “Justice40” initiative, at least 40 percent of the benefits will go to disadvantaged communities.

The Biden administration estimates that approximately $15 billion will get the nation to half a million charging stations, and the Build Back Better Act supports another almost $7.3 billion. 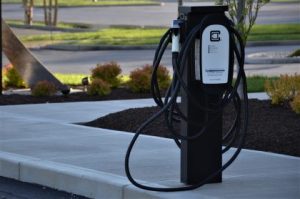 “We are pleased to see these critical funds going out the door to states to build electric vehicle chargers. “It’s an important investment to support our nation’s transition to electric vehicles and prioritize domestic manufacturing,” said Anderson.

“What’s of utmost importance is how states develop their plans. Anderson explains they must make sure that all communities participate.  The transition to clean transportation powered by renewable energy is for everyone.

Fully funding the Biden administration’s goal of 500,000 chargers across the nation is not all. The passage of legislation means an investment in climate, jobs, and justice. It will ensure that communities have access to a range of critical clean transportation priorities. That includes consumer incentives that support unionized workforces and credits for used EVs. In addition,  it will support electric school buses and more accessible and frequent public transit services.