Today the United States and France issued a joint statement in support of launching negotiations on a global agreement to address the full lifecycle of plastics and promote a circular economy at the upcoming 5th UN Environment Assembly (UNEA).  The UNEA meeting begins on February 28th in Nairobi, Kenya. 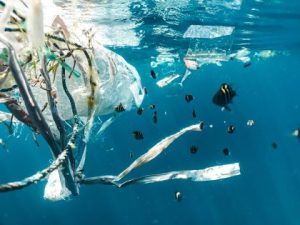 “Today’s announcement is welcome news. It comes as a result of the millions of voices from around the world calling for an end to plastic pollution in all of its forms. Recognizing the transboundary nature of the crisis and that plastic is sourced from fossil fuels is critical to creating a treaty that holistically addresses the plastic pollution crisis.

Greenpeace USA is joining Break Free From Plastic movement allies in urging President Biden to support a bold and binding treaty that addresses the entire lifecycle of plastics.

The US has come a long way. Moreover, it is one of the world’s biggest plastic polluters and a major exporter of plastics to the Global South. Under the Trump Administration, the US was actively opposing a plastic treaty. Therefore, it is very encouraging to see this turnaround. Though it is worrying to see the US mention the inclusion of non-binding commitments in the treaty mandate. Binding commitments are necessary in order to ensure government and corporate accountability.

Greenpeace says the United States needs to set an example for other governments to follow at UNEA. That’s in securing a strong and binding global treaty on plastics. The goal is to secure a liveable climate and the health of our communities and our environment.