Greenpeace on Friday submitted its opposition to the motion filed by Walmart to dismiss its lawsuit. Greenpeace alleges that Walmart employed unlawful and unfair business practices. Walmart is labeling private label throwaway plastic products and packaging as “recyclable” without any substantiation to support that claim. The lawsuit was originally filed against the company in California Superior Court and then removed to federal court by Walmart. 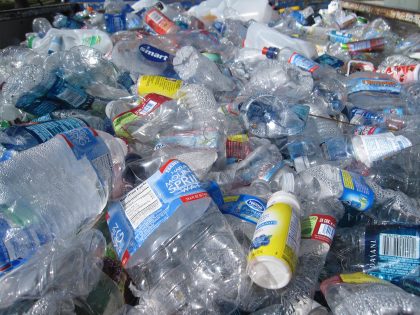 According to California law, a company labeling its products as recyclable must maintain records to substantiate its labeling claims. Moreover, they must provide that substantiation to any member of the public upon request. It’s the same for any labels that claim to be environmentally beneficial. Despite repeated requests by Greenpeace, Walmart has failed to provide any support for its recycling claims.

“This is Walmart’s fourth attempt to dismiss our lawsuit. But we are undeterred because the implications for the people and our environment impacted by plastic pollution are too great for us to be silent. The data is clear that the vast majority of throwaway plastic will end up in landfills or incinerators, and pollute our neighborhoods and waterways. We will continue with our lawsuit to ensure this major corporate polluter is held accountable for its unsubstantiated claims.

“Since Greenpeace first filed suit against Walmart, California has strengthened limits on recyclability marketing, and other regulations are in the works. And just last week, the California Attorney General subpoenaed ExxonMobil as part of its investigation into the fossil fuel and petrochemical industries for their role in causing and exacerbating the global plastics pollution crisis. Instead of pretending that all this single-use plastic packaging is recyclable, Walmart should focus more of its resources, considerable power, and influence on blazing a path to an economy centered on reuse.”