Big business added its voice on Thursday to a growing crescendo of calls on the governments of the world’s richest nations.  For that’s to take urgent action regarding potentially catastrophic global warming.

In addition, the business giants urging the call following a similar appeal.  That’s from the world’s top scientists and comes four weeks before leaders of the Group of Eight.  All along with China, Brazil, South Africa, India and Mexico.  Then to meet in Scotland to discuss the climate crisis. 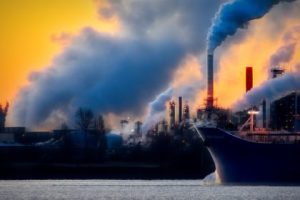 While most scientists agree the burning of fossil fuels for transport and to generate electricity.  This is a major contributor to potentially catastrophic climate change.  For the United States under President George W. Bush is also unconvinced and furthermore antagonistic.

In conclusion, British Prime Minister Tony Blair has made strides with business giants on tackling global warming.  That’s with its rising sea levels, increases in droughts and floods.  Finally and threats to the lives of millions of the world’s poorest people.  That’s clearly a key goal of his 2005 presidency of the G8.