While at the New York Power Authority (NYPA), I even had the pleasure to work with the 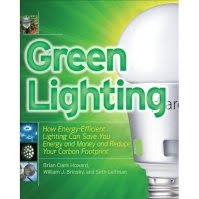 people in the Energy Efficiency services crew that were working on amazing green lighting.  This group showed me my first CFL bulb, the LED traffic light and more.  These are great people over at NYPA doing great things.

While at NYPA, I even had the pleasure to work with New York City of Transportation staff on electric vehicles and watched (as well as helped a little…) so the Lighting Group in the Energy Services Department of the New York Power Authority.  99 percent of the time did electric cars but I know and had a little part in the change out of all the traffic lights from incandescent to light emitting diodes (LED).  That’s what got me the impetus to write the book Green Lighting.  I am greatful to have been a little part of that.  The group even showed me CFL technology.  The Energy Services Group at the New York Power Authority every day works to provide inexpensive, reliable clean power for many customers in the State of New York and is also the nation’s largest publicly owned utility.

NYPA even keeps the lights on and the backup power for NYC too.  In addition whenever you ride a subway or look at a street lamp, that power is brought to you by the New York Power Authority for the City of New York and the MTA.
Go Energy Services at NYPA!
I mean they have renewable energy, clean transport and energy efficiency services that are bar none for the agencies, localities, Power For Jobs program and other agencies Statewide that they provide power at a low cost to keep taxpayer costs down.  Plus, they have the Energy Services group helpling those entities to save on energy and that division is doing really really well!!! Go Green!
They were having a problem getting a job done with the New York City of Transportation to get all the traffic lights to go from incandescent to LED.  They asked for my help and I did what I could do (being that I only worked on alternative fueled vehicles).  However, to help and ensure that the New York Power Authority could change all the traffic lights with the City DOT was an honor and I knew would be the right thing to do.  Common!  Switching out from incandescent to light emitting diodes.  That got me the bug to make sure the book Green Lighting was written for the Green Guru Guides.  It’s like green living logic..Ya know?!

As I recently wrote up an excerpt on green lighting I realized numbers say more than I can regarding retrofits, jobs and energy prices:

This $62,180 retrofit is expected to reduce electricity demand by 92,011 kilowatts, saving $10,441 per year for “The Biggest Little City in the World.” The upgrade is part of a citywide energy and water efficiency plan that is projected to save $1 million a year and create 222 jobs. At the lighting ceremony, the old incandescents were passed around the crowd as souvenirs of the past.

In California, Los Angeles International Airport (LAX) officials switched to LEDs for functional and outdoor lighting, reducing annual lighting costs by $55,000 and lifetime maintenance costs by $980,000. In Oconomowoc, Wisconsin, Sentry Equipment Corporation chose to light its newfactory almost entirelywith LEDs, both interior and exterior. The initial cost was three times more than incandescent and fluorescent bulbs, but this price premium is expected to be repaid within two years from electricity savings. The bulbs are expected to last for 20 years.

The introduction as listed out there for the public says this about this book:

Flip the switch to energy-efficient lighting

This do-it-yourself guide makes it easy to upgrade residential and commercial lighting to reduce costs and environmental impact while maintaining or even improving the quality of the lighting. Filled with step-by-step instructions,  Green Lighting shows you how to save money and energy with light-emitting diodes (LEDs), compact fluorescent lighting (CFL), solar lights, windows, skylights, fixtures, controls, and other bright ideas. Methods for calculating return on investment, plus recommended sources for energy-efficient products, are included in this practical resource.

In-depth details on the differences between LEDs and CFLs

How utilities bill for electricity usage

As I wrote up in my story that got picked in The Daily Green up by my co-author Brian Clark Howard:

I decided to kick off our Green Lighting book campaign at an event with Rock the Reactors on July 14th at the Hiro Ballroom in Manhattan. It symbolizes the essence of the book. If we go green with our lighting we will save energy at such a level that we would not need coal, nuclear or natural gas powerplants.  Light emitting diodes (LED) like the Endura LED from Philips Lighting provide green solutions.

It is so amazing to the industry that, like Mother Earth, Philips is giving us this bulb as the start of a global retrofit.  For us, when photographer Courtney Dailey shot this picture with the amazing May Lindstrom whom I have known forever, it’s an inspiration.