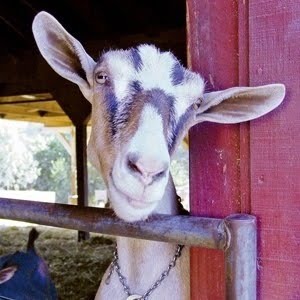 Growth in agricultural production between 1990 and 2010 outpaced growth in emissions by a factor of 1.6, demonstrating increased energy efficiency in the agriculture sector.

The three most common gases emitted in agriculture are nitrous oxide, CO2, and methane. Methane is generally produced when organic materials—-such as crops, livestock feed, or manure—-decompose anaerobically (without oxygen). Methane accounts for around 50 percent of total agricultural emissions. Enteric fermentation—-the digestion of organic materials by livestock—-is the largest source of methane emissions and of agricultural emissions overall.

Nitrous oxide is a by-product generated by the microbial breakdown of nitrogen in soils and manures. Nitrous oxide production is particularly high in cases where the nitrogen available in soils exceeds that required by plants to grow, which often occurs when nitrogen-rich synthetic fertilizers are applied. Nitrous oxide is responsible for around 36 percent of agricultural greenhouse gas emissions.

Finally, carbon dioxide is released from soils when organic matter decomposes aerobically (with oxygen). The largest source of CO2 emissions within agriculture is the drainage and cultivation of “organic soils”—-soils in wetlands, peatlands, bogs, or fens with high organic material. When these areas are drained for cultivation, organic matter within the soil decomposes at a rapid rate, releasing CO2. This process accounts for around 14 percent of total agricultural greenhouse gas emissions.

Emissions from enteric fermentation rose by 7.6 percent worldwide between 1990 and 2010, but regional variation was high. At 51.4 percent and 28.1 percent, respectively, Africa and Asia saw their emissions increase, while emissions in Europe and Oceania fell by 48.1 percent and 16.1 percent. Europe’s significant reduction in emissions parallels the decline in its beef production between 1990 and 2010, but it may also reflect increased use of grains and oils in cattle feed instead of grasses.

“Adding oils or oilseeds to feed can help with digestion and reduce methane emissions. But a shift from a grass-based to a grain- and oilseeds-based diet often accompanies a shift from pastures to concentrated feedlots, which has a range of negative consequences such as water pollution and high fossil fuel consumption,” said Laura Reynolds, Worldwatch Food and Agriculture Researcher and the study’s author. “Aside from reducing livestock populations, there is no other clear pathway to climate-friendly meat production from livestock.”

Manure that is deposited and left on pastures contributes to global nitrous oxide emissions because of its high nitrogen content. When more nitrogen is added to soil than is needed, soil bacteria convert the extra nitrogen into nitrous oxide and emit it into the atmosphere—-a process called nitrification. Emissions from manure on pasture were highest in Asia, Africa, and South America, accounting for a combined 81 percent of global emissions from this source.

These data indicate the huge share of global emissions that is attributable to livestock production. While reducing livestock populations is one way to reduce global emissions from agriculture, farmers and landowners have numerous other opportunities for mitigation, many of which offer environmental and even economic co-benefits. For instance, growing trees and woody perennials on land can sequester carbon while simultaneously helping to restore soils, reduce water contamination, and provide beneficial wildlife habitat. Reducing soil tillage can rebuild soils while lowering greenhouse gas emissions. Some practices can even result in increased income for farmers—-“cap-and-trade” programs allow farmers to monetize certain sequestration practices and sell them, while government programs like the U.S. Conservation Reserve Program pay farmers to set aside some of their land for long-term restoration.

Further highlights from the report:
Enteric fermentation accounted for 29 percent of emissions in both North America and Asia in 2010—-the lowest share of all regions—-but was the source of 61 percent of South America’s agricultural emissions, reflecting that continent’s world leadership in cattle production.
Rice cultivation was responsible for 17 percent of Asia’s total emissions in 2010 but no more than 3 percent of emissions in every other region—-indicating Asia’s dominance of global rice output.
Four out of the top five countries with the highest emissions from cultivated organic soils were in Asia: Indonesia contributed 278.7 million tons of carbon dioxide from this source, Papua New Guinea 40.8 million tons, Malaysia 34.5 million tons, and Bangladesh 30.6 million tons—-indicating the levels of deforestation and clearing for agricultural land.