Here I am speaking today for my team at Solar One on the East Side of Manhattan in New York City.

Even though I busted everyone’s chops; Well let’s just say I am not gonna win the challenge for the #Prius #Plug-in #MPG #Challenge.

This Toyota challenge to me was more important for others to learn how to drive a plug-in hybrid electric car.

I’ve been driving electric cars since the 90’s. I know how amazing they are. It’s a gift to me to see others learn and excel at their MPGe. That means someone else got the EV bug.

It’s exciting to know others are doing great with the challenge since it’s now another person that learned how great electric cars: and in this case plug-in hybrid electric cars are for driving.

So Heck, I let others try the car which was much more important than me driving an electric car!! My neighbors, friends and family members far and wide. Each one helped toward the plug in challenge for the American Cancer Society and the World Wildlife Fund. That is more rewarding now than first, second or third place. I’ll donate to the organizations going forward. That’s a fact so it’s not the money. It’s the principle!

As someone else wrote: 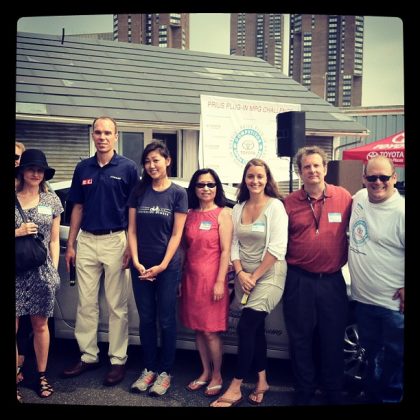 The people in the Prius Plug-in Challenge. #pluginforcharity ck it out @lexususa