From: Environmental Microbiology
Bees are taking home more than honey when they steal from their weaker neighbors, reports new research in the SfAM journal, Environmental Microbiology; they may be carrying American foulbrood (AFB) disease.
AFB is the most damaging bacterial disease of honey bee larvae, causing the death of colonies all over the world. However, little is known about how this killer moves to find its prey.

In the first study of its kind, scientists have analyzed data from nearly 20 years of control efforts to show that AFB occurs in clusters. These clusters, or aggregations of disease, appear at particular locations across England and Wales, and the pattern of occurrence appears to be impacted by the behavioral practices of bees and humans.

Honey bees display a very common behavior of robbing honey from neighboring hives. This is far more likely to occur when the robber is from a stronger hive, robbing a weaker hive. A hive with AFB is likely to be weak, having lost a large proportion of its young to the disease. This makes it all the more likely that a bee returning from a crime spree will bring back a nasty stowaway and form disease clusters.

There is some good news though, because the results also confirm that in many cases, management measures, such as destroying affected colonies, are on the whole successful and the disease can be eradicated within a locality. This has likely contributed to a general decline in disease incidence over the study period.

“These results provide insight into the pattern of spread of this damaging disease and provide important evidence that, on the whole, control measures implemented by the National Bee Unit and its inspectors are effective at locally eradicating the disease,” said Dr. Giles Budge of the Food and Environment Research Agency. 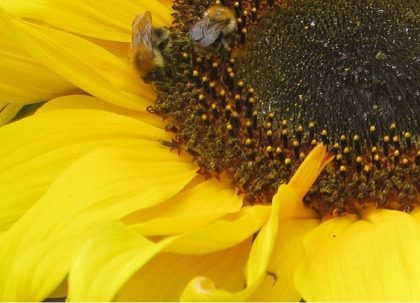