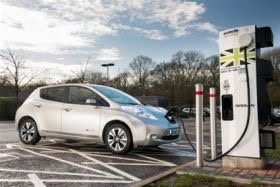 Nissan LEAF’s success in Europe was helped by consistently strong sales in Norway where the Nissan LEAF was the third-most popular passenger car behind the Volkswagen Golf and the Toyota Auris. LEAF sold 4,604 units in Norway in 2013. This January it was the country’s best-selling car with 650 units, up 145% from 2012.

In addition to Norway, LEAF was also the EV market leader in Spain, Italy, Denmark, Sweden, Finland, Belgium, and the United Kingdom in 2013.

Since start of sales in December 2010 until the end of 2013, Nissan LEAF sold a cumulative 96,847 units globally . On January 20, 2014, Nissan celebrated the sale of its 100,000th LEAF to a customer in the U.K., confirming its position as the best-selling electric vehicle in history.

For the entire story from Nissan and the Renault Nissan alliance