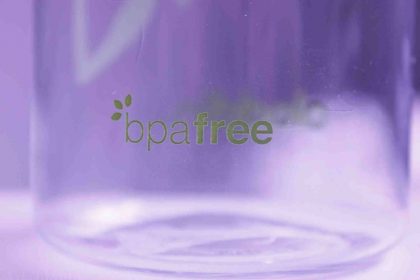 NRDC: ‘FDA Fails to Protect Our Health and Safety’

WASHINGTON (March 30, 2012) — The Food and Drug Administration said today it would allow bisphenol A (BPA) to remain in food packaging, an action that keeps the hormone-disrupting chemical linked to cancer, obesity and a host of other health problems in the food supply.

In rejecting a petition today from the Natural Resources Defense Council, the agency emphasized it was not making a final determination of BPA’s safety and instead will continue to examine the ongoing research of BPA’s effects on health.

The following is a statement from Dr. Sarah Janssen, senior scientist in the public health program at the Natural Resources Defense Council:

“BPA is a toxic chemical that has no place in our food supply. We believe FDA made the wrong call.

“The agency has failed to protect our health and safety ­ – in the face of scientific studies that continue to raise disturbing questions about the long-term effects of BPA exposures, especially in fetuses, babies and young children.

“The FDA is out-of-step with scientific and medical research. This illustrates the need for a major overhaul of how the government protects us against dangerous chemicals.”

BPA is a synthetic, hormone-disrupting chemical used in the linings of beer and soda cans, vegetable and soup cans and in other products such as reusable plastic water bottles.

NRDC in 2008 petitioned the FDA to eliminate BPA from all food packaging. When the agency failed to respond, NRDC sued in 2011, asking the U.S. District Court for the Southern District of New York to compel the agency to respond. Later that year, the court issued a consent decree requiring FDA to make a final decision on NRDC’s petition by March 31, 2012.

FDA acknowledged in 2010 that it had “some concerns” about the chemical’s effects on the brain, behavior and prostate glands in fetuses, infants and young children. But the agency has only encouraged voluntary actions to reduce BPA exposure.

Since that time numerous studies have raised additional concerns about links between BPA and breast cancer, cardiovascular disease, diabetes and obesity.

Consumer demand for BPA-free products has already led to the withdrawal of baby bottles, “sippy cups’’ and infant formula containers containing the chemical from store shelves. Canada, the European Union, China, and at least five other countries as well as 11 U.S. states, all have prohibited the use of BPA in children’s products.

In addition, some U.S. canned food manufacturers are voluntarily removing BPA from can linings, but BPA remains legal to use in all food packaging.

NRDC will be evaluating next steps as staff attorneys and scientists review today’s decision thoroughly.