On a typical Saturday night in New York City became extraordinary last week. Racing Extinction #ProjectingChange campaign is from the Oceanic Preservation Society. As Animal Defenders International reported, “This movie takes on two threats to endangered wild species across the globe: the international wildlife trade and the hidden world of carbon emissions and acidified oceans.” 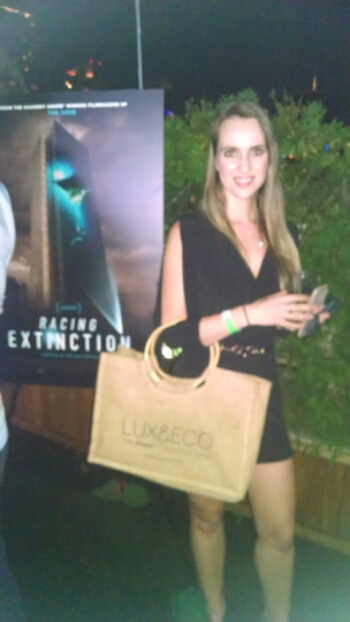 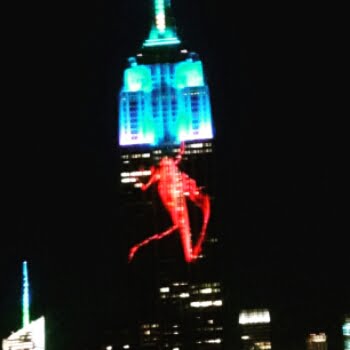 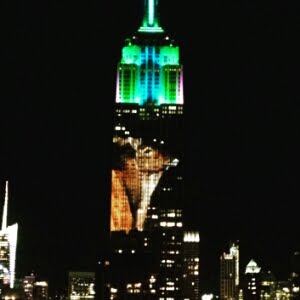 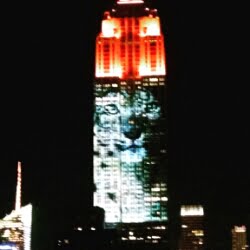 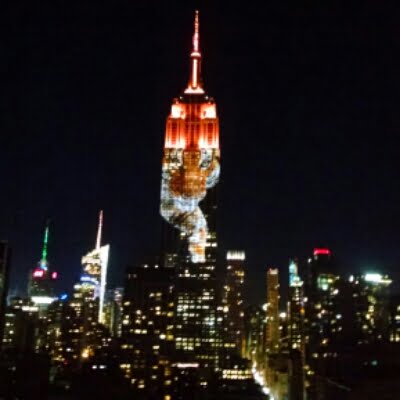 Images of endangered animals. In addition to and including birds, tigers, bears and other creatures. All shined on the south side of one of the city’s most iconic landmarks.

The event was meant to spark conversations about mass extinction. 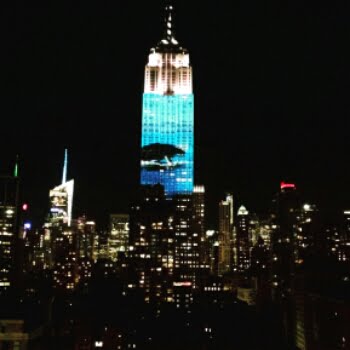 As the Director explained to me and NBC New York, 160 species were shown throughout the night. 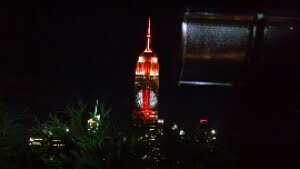 The tiger alone shown on the building has gone down to only 3,500 left on this planet.

It was organized as part of a promotion for the Racing Extinction movie which my friend Leilani Munter‘s using a projector on the back of her Tesla Model S. The movie airs this December.

For the first time in New York City history, this stand-alone, architectural projection art event featured towering images of endangered species—more than 350 feet tall and 186 feet wide, and covering 33 floors—on the south façade of The Empire State Building in an art event meant to draw attention to the creatures’ plight against mass extinction.

Using 40 stacked, 20,000-lumen projectors on the roof of a building on West 31st Street. So Travis Threlkel founder of Obscura Digital and Louis Psihoyos the night with live video projections. That’s including (an 8 minute environmentally-focused tableau, combined with iconic imagery of endangered species, that made each 15 minute cycle running throughout the night a unique experience). For it’s showing a Noah’s ark of animals including Cecil the Lion, a snow leopard. Also a golden lion tamarin and manta rays. That’s along with snakes, birds and various mammals and sea creatures choreographed to Racing Extinction’s original songs.

Throughout, the LED lights atop the building were coordinated with the projection, by the building’s lighting designer. 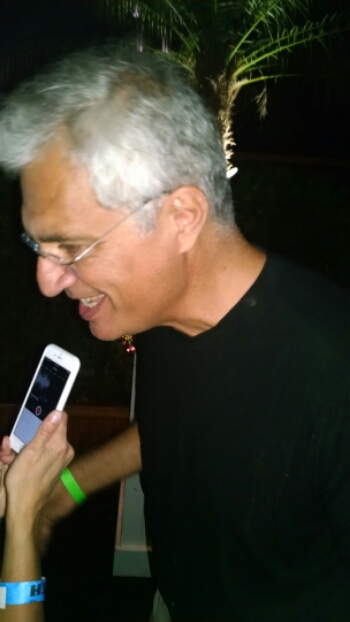 My interview of Louis will be coming soon but he was elated and celebrating with friends of old and new. Coordinators crying while the display showed the species. The historic change in the use of this building was quite amazing. We knew it was watching greatness unfold. As I stayed thousands of people watched in the preview event but then tens of thousands watched across all five boroughs and throughout this great city.

People were filling into the streets to watch this historic display for good on the Empire State Building.

Mid-interview he was overcome with elation, then left to film and see the people filling NYC to view. He came back of course and interviews to follow.

RACING EXTINCTION’s composer and music producer J. Ralph is Oceanic Preservation Society’s longtime collaborator who also wrote and produced the music for THE COVE, the United Nations projection event, and Saturday’s “Projecting Change: The Empire State Building” event.  For RACING EXTINCTION, he enlisted internationally acclaimed artists Sia and Antony to collaborate with him on two original songs, essential to the film’s narrative and to the global awareness message.

After this night the city became that Candle.

Both songs are prominently featured in the film and will be released on the RACING EXTINCTION soundtrack in the fall.