The new year is just about upon us, and electric cars are amazing.  Moreover I am psyched about the nice time I will have to look back at the year.  All the while looking behind while and really looking forward to the year ahead. 100 years ago, electric cars were a large portion of the car market, but then a series of misfortunes hit.  Thereby dealing what seemed to be a deathblow to the electric car industry I am psyched for. However, through tremendous fortitude (or, maybe more appropriately, reincarnation or revival… the electric car industry really did die in the early 20th century), the electric vehicle market is back.

The development of lithium-ion batteries has brought about an era of stunning electric cars that are powerful, fast, fun, fabulous, fantastic (okay, I’m getting carried away…), and convenient. The coming year is set to see a better year than ever before.

Hyundai IONIQ
Hyundai just recently jumped into the electric car market, but it hit the ground running (er… driving?). It launched an all-electric brand, AE, as well as the Hyundai Sonata plug-in hybrid. But the car I’m really looking forward to is the IONIQ. It’s world debut will be in January, and it will reportedly come in three variants: as a fully electric car, as a plug-in hybrid, and as a conventional hybrid. The electric variants could just be “compliance cars,” but I’m excited to see what Hyundai has dreamt up, and if it turns out being a genuine market competitor. 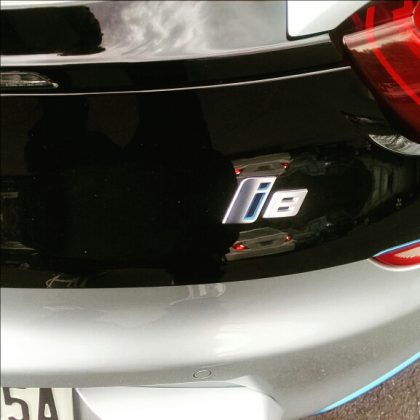 The BMW i8 Spyder is a stunning version of the already amazing BMW i8. It makes one of the hottest designs on the planet even hotter. While the i8 Spyder has long been a concept vehicle, word is that it will be headed to production soon. The standard (if you can call it that) i8 can accelerate to 60 mph in 4.4 seconds. No word yet on how blisteringly quick the i8 Spyder will be.

Volvo XC90 T8
The Volvo XC90 is an SUV that epitomizes the word luxury. It is a beauty of a car that will likely make its drivers and passengers feel like royalty. The T8 is, of course, the XC90’s plug-in hybrid (i.e., better) half. The electric-only range isn’t superb, but it is enough for most trips. The UK magazine Stuff actually provided the XC90 with the “Stuff Gadget Awards 2015 Car of the Year” a couple of weeks ago. While the European continent has been getting a nice taste of the XC90, though, its delivery in the USA has been delayed. Apparently, the whole Volkswagen diesel scandal has been holding up some European models at the border. But it should be arriving any day for the first US buyers. Christmas may be a bit late for them, but it should be a good one.

The Chevy Bolt may well be the most important electric vehicle hitting the market in 2016. It will be the first affordable, fully electric car on the market, and has a generally attractive look. Many buyers will still wait for the Tesla Model 3 (due out ~1 year later), but the Chevy Bolt could dart (well, I guess I could say “bolt”) to the top of the sales chart once it arrives. This is what sooooo many people have been waiting for — long range, an affordable price tag, and the fun and convenience of electric driving.

Another all star from GM, the 2017 Chevy Volt will be a slight improvement on the hugely revised and improved 2016 Chevy Volt. Coming in with 53 miles of electric range, many drivers will go months at a time without needing gasoline, but the Volt still offers that ease and security of a gas tank for the occasional long trips many of us need to make. Despite its model year, the 2017 Chevy Volt will actually arrive in early 2016 (I know, the auto world likes to cheat with its numbers).

The benefits of electric cars are already abundant, but the Tesla Model X goes into hyperdrive to throw on a bunch more. It includes useful and super cool falcon-wing doors, the largest and most stunning windshield in a production vehicle, seating for up to 7 adults, a sleek design inside and out, and quicker acceleration than all but a handful of production car models ever built… despite the fact that it is an SUV that can tow a boat. The Tesla Model S has been dominating premium sedan sales, and I expect the Tesla Model X will soon dominate premium SUV sales.
Faraday Future

Faraday Future is the mysterious new arrival that is looking to disrupt the automobile market as much as Tesla has.

It is combining the elegant features of pure electric driving features I am psyched about.  All the while with cutting-edge autonomous driving.  Moreover and what seems to be the most integrated media connectivity.

For I mean of any vehicle on the market. Because Faraday Future is reportedly going to provide a full unveiling at the popular Consumer Electronics Show in January. I think it’s safe to say that nearly everyone in the electric car industry will be watching closely.

2017 is looking to be the real bustout year for electric cars, but 2016 is an important stepping stone to 2017 that has plenty of sparks of its own to enjoy. Let the fun begin!

About the Author: Zachary Shahan is the editor of Sustainnovate.ae, CleanTechnica.com, and EVObsession.com. He presents, moderates panels, and leads workshops about electric cars at conferences around the world.