More than 1,200 expected to convene in Pittsburgh for annual conference that brings together school thought leaders and champions

Washington, D.C. – (Feb. 8, 2016) – The Green Schools Conference and Expo (GSCE), presented by the Center for Green Schools at the U.S. Green Building Council (USGBC), and produced in partnership with the Green Schools National Network, is coming to Pittsburgh March 31-April 1, 2016, at the LEED Platinum David Lawrence Convention Center.

So the conference will bring together green school thought leaders and champions. That’s including educators, school administrators, nonprofit and corporate partners. Moreover and elected officials. All to advance the shared vision of green schools for all within this generation. That came from Rick Fedrizzi, CEO and founding chair of USGBC.

As co-founder of USGBC in 1993, Rick Fedrizzi’s leadership of the organization’s game-changing programs and initiatives.

Of USGBC’s many programs, the Center for Green Schools at USGBC is Rick’s passion. Rick established the Center in 2010 because he believes that everyone. That’s from students and teachers, to parents and whole communities. For it benefits when we insist on healthier, high-performing schools. 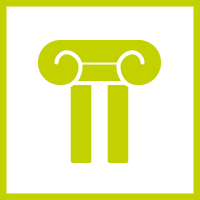 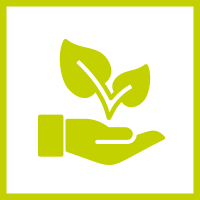 This year’s conference theme is“ Three Rivers, Three Pillars”. It is reflecting the city of Pittsburgh’s location. Located at the convergence of three powerful rivers. Also, three foundational pillars that underpin the green schools movement.

Most importantly, green schools reduce the environmental impact of buildings. For they have a positive effect on student and teacher health and increase environmental literacy among students and graduates. In addition, GSCE offers attendees opportunities to help expand their school’s sustainability goals. Moreover and connect with other like-minded individuals.

Leaders from schools, industry and research institutions across the globe will share best practices in formal and informal settings during the conference through summits, breakout sessions and opening and closing plenaries.

Dr. Christopher Emdin an associate professor in the Department of Mathematics, Science and Technology at Teachers College at Columbia University. Dr. Emdin is a social critic, public intellectual and science advocate who provides commentary on issues of race, culture, inequality and education.

Adam Brumberg, the deputy director for Cornell Food and Brand Lab. For he coordinates academic and industry research conducted by both the Food and Brand Lab and the Behavioral Economics Nutrition Center (BEN).

Leesa Carter-Jones is the executive director for the Captain Planet Foundation. One which supports high-quality, hands-on environmental stewardship projects. Those that have enabled more than 1.1 million youth across the globe. All to make significant environmental improvements to their schools or communities.

Greg Christian is the CEO and founder of Beyond Green Sustainable Food Partners, a company that provides measured strategies and solutions for organizations interested in making the switch to more sustainable foodservice platforms.

Atasha James is the principal of Leckie Elementary School in Washington, D.C., where she is a Mary Jane Fellow Mentor Principal and among a short list of school leaders recognized for closing the achievement gap in both math and reading for three consecutive years.

Barry Svigals is a managing partner for Svigals and Partners, LLP and has written and spoken widely on the healing potential of architecture. He has been tapped to design the new Sandy Hook Elementary School, a process of revitalization for all of Newtown.
Early bird registration for GSCE has been extended to Feb. 12, 2016.

To learn more about the conference and to register, please visit: greenschoolsconference.org.