Renewable energy ordinance would make San Francisco first major city in the country to require solar panels be installed on new construction. Trailing legislation will allow living roofs to be used to satisfy this requirement 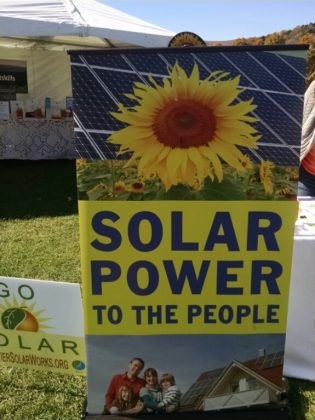 “To fight climate change and achieve a clean energy future, we need to take decisive steps to reduce our reliance on fossil fuels,” said Supervisor Wiener. “This legislation will activate our roofs, which are an under-utilized urban resource, to make our City more sustainable and our air cleaner. In a dense, urban environment, we need to be smart and efficient about how we maximize the use of our space to achieve goals like promoting renewable energy and improving our environment.”

Under existing state law, California’s Title 24 Energy Standards require 15% of roof area on new small and mid-sized buildings to be “solar ready.” That means the roof doesn’t have shade by the building process itself, and free of obtrusions. This state law applies to all new residential and commercial buildings of 10 floors or less.

Supervisor Wiener’s ordinance would build on this state law. That’s by requiring this 15% of “solar ready” roof area to have solar actually installed. This can take the form of either solar photovoltaic or solar water panels, both of which supply 100% renewable energy.

Follow-up legislation is coming in the near future. It will allow for living roofs, aka a green roof, to satisfy this requirement as well. Living roofs, like the one on the roof of the California Academy of Sciences in Golden Gate Park, provide insulation, reduce stormwater from entering the sewer, enhance biodiversity and habitat, sequester carbon, and capture pollution.

Mayor Ed Lee and former Mayor Gavin Newsom have both pushed for a renewable energy policy. Specifically. that San Francisco meet 100% of its electricity demands through renewable energy. The Department of the Environment and the Environment Commission has a task to support and create programs that satisfy this policy. That includes promoting the use of solar energy.

“The Better Roofs ordinance continues to push the City as a national leader on solar policy,” said Josh Arce, former President of the San Francisco Commission on the Environment, and community liaison for Laborers Local 261, a labor organization that trains solar jobseekers. “This legislation will expand our efforts to cover San Francisco rooftops with solar panels and tackle climate change, while also creating good jobs for our community.”