Today’s announcement of a regulation designed to monitor and capture methane emissions from not-yet-built oil and gas operations is an important step. Especially for the U.S. to combat climate change. Moreover in the decades to come. But under this rule, methane emissions from existing oil and gas operations will remain unmonitored and uncontrolled. 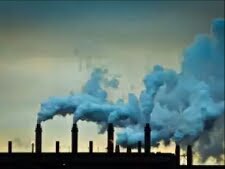 The EPA’s March announcement of an Information Collection Request to poll the industry as to the feasibility of monitoring and controlling emissions from existing operations will take years, and it could be another several years before a final rule that applies to existing operations is developed. The climate simply can’t wait that long. The EPA can and should start working on a rule to cover existing methane emissions now.

Research into one of America’s two major oil fracking sites found that the Bakken Shale is 275,000 tons of methane annually. As a greenhouse gas, methane is 87 times more harmful than carbon dioxide. The oil and gas industry has a responsibility to begin monitoring and reducing emissions from existing sources immediately – and the public has the right to expect the EPA to do as much.