Not everyone attending the RNC this week was waving those placards.  Moreover and one Republican Mayor from Indiana is decidedly not.  His name is Jim Brainard. In addition , he is the six-term Mayor of Carmel, IN. 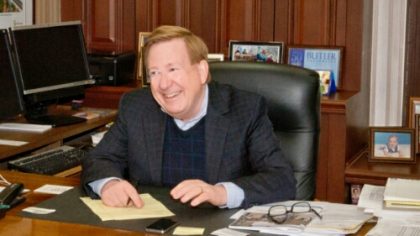 I’ve mentioned him to you before, and his opposition to GOP orthodoxy on environmental issues has been reasonably well chronicled. However most recently in the Grist story linked below.

Jim Brainard, the six-term mayor of Carmel, Indiana. Although he may seem like a typical Midwestern Republican, think again. Because  he doesn’t govern like one. Carmel, a city of 86,000, is a suburb of Indianapolis. Over the course of his 21-year tenure, Brainard has made it steadily greener and more bicycle. Also more pedestrian-friendly. Those improvements have cut the city’s greenhouse gas emissions. Finally and helped Carmel rank consistently. Especially in recent years among the nation’s best places to live, according to Money magazine.

At the same time, Brainard is a Republican and proud of it. I mean even though his party just adopted a stridently anti-environment platform. He spoke with Grist by phone about what it’s like to be a green, urbanist Republican.

But he remains very open to discussing it so stay tuned for a possible interview.

Here now is that interview on Grist: