Did you know that cyclists in the Tour de France expend the energy equivalent of 5,300 lbs of coal, 371 gallons of gas, and 27,000 hours of solar power production?

The team at ExerciseBike.net calculated this by converting calories into kilowatt hours using data from the National Institute of Health. With the Tour de France in full swing, I wanted to make sure you had a chance to check out the full study.

When they explain energy from bikes, think about this:

There is a bike for gyms called The RE:GEN. For it is the most powerful exercise bike on the market. AND it’s good for the planet.  It also generates clean power from your workouts. Thereby helping you to reduce your carbon footprint. It also rewards you for the energy you create. So Ride, recharge your Ohm battery. Then re-use your stored energy to power your devices. A bike SO impressive, the resellers are already down to our last few units available within our next batch of deliveries.

Why do I mention this: imagine if the bicyclists powered a gymnasium for a day? The energy costs saved. I know: it’s pretty immense.

As The Morning Call reports:

SportsArt, a 42-year-old Taiwanese athletic-equipment maker, is trying to change that by selling exercise treadmills, ellipticals and cycles that turn workouts into electricity, feeding it back into the building through an electrical socket. The company recently showcased the third generation of its treadmill to attendees of the International Consumer Electronics Show in Las Vegas. 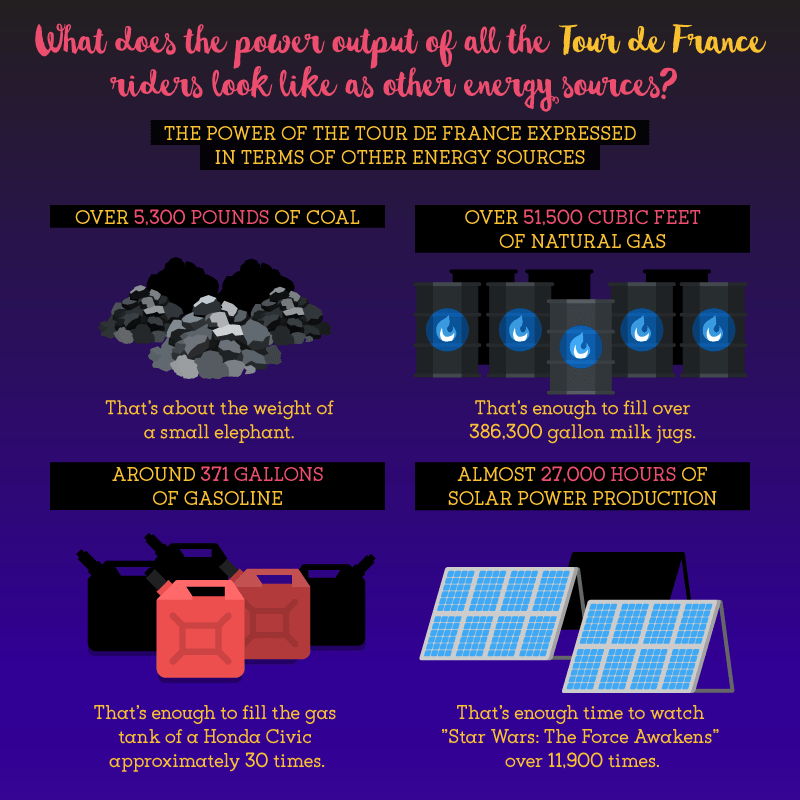 According to the report:

A look at home electronics use wouldn’t be complete without considering people’s typical daily online activities. Energy from all of the Tour de France riders could power Twitter for about 9.5 hours. It could also fuel over 17 million Google searches. In addition, it could provide 1.2 billion minutes of Gmail use.

So for people who love the small screen, the energy expended by racers could power 48.5 years’ worth of YouTube videos. Also and 235 million minutes of Netflix. (Better start popping that popcorn.) 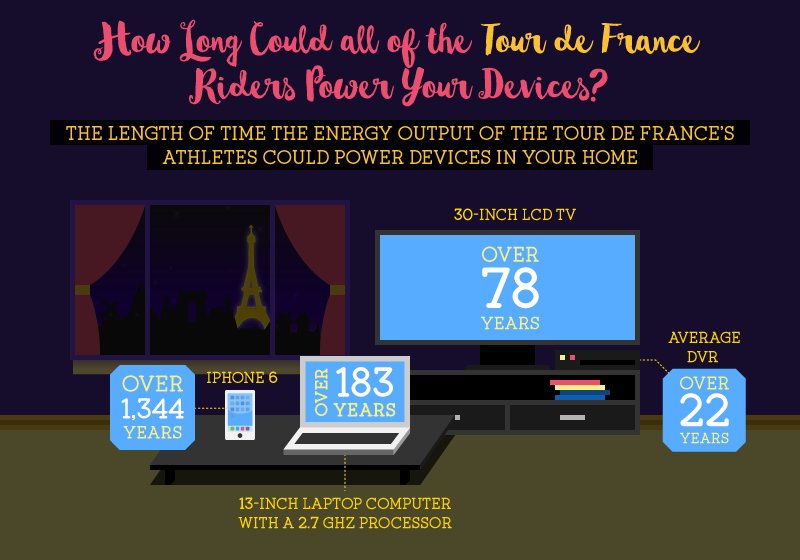