Lobbyist Transition Team to Ease Off Rules That Save Consumers Money

Note: In a letter sent Thursday, the Alliance of Automobile Manufactures asked the incoming Trump administration to roll back fuel efficiency standards. Legislation signed by Republican President George W. Bush in 2007 directed the U.S. Department of Transportation and the U.S. Environmental Protection Agency to improve fuel economy standards, and in 2012 those agencies directed automakers to increase fuel efficiency standards to 54.5 miles per gallon, because higher gas mileage standards save consumers billions in fuel costs, reduce air pollution and buffer the economy from the shock of eventually higher prices. 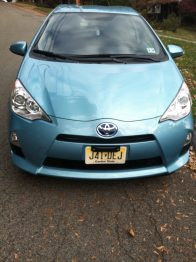 In 2009, in the aftermath of financial losses that stemmed from poor sales of inefficient fleets and higher oil prices, American taxpayers rescued the auto industry after it nearly went out of business. Now, this same industry sent a memo to Trump’s lobbyist-staffed transition team asking for permission to ease off improved fuel economy standards.

Let’s not forget that the reason the auto industry had to be bailed out was because automakers built a fleet of gas-guzzling sports utility vehicles that they could no longer sell. More fuel efficient cars would have saved them and taxpayers the trouble, but now it appears that the auto industry has learned nothing from its recent mistakes.

Federal regulators raised fuel efficiency standards because they save consumers money and are an important part of our effort to combat climate change. If the Trump administration grants the auto industry’s request, American drivers will be paying more at the pump and paying more to deal with the expensive consequences of extreme weather, which are the inevitable result of burning fossil fuels. Americans didn’t elect Trump or bail out the auto industry so they could rip us off.