People are asking me all around what my opinion is on the State of Politics. As a Master of Public Administration, I’m just looking for less talk and more results. So when I think about things; my experience working with Westchester County Legislator Catherine Borgia and Mayor of Ossining Victoria Gearity to get outdoor LED Street lighting into the Village is what comes to mind. It saves taxpayer dollars on energy costs, maintenance costs (because the bulbs last 20 years!) and is better lighting on the road for safety.

So why alone does this instance of government exemplify all my years? The idea started way back when I started talking to Town Supervisor Catherine Borgia (now County Legislator and Majority Leader of the Legislature). All while she was campaigning back then. Meanwhile this has to be seven years ago or so.

Then we did a public access interview on it. Finally, Catherine went to be the County Legislator for the area and then Victoria Gearity was running for the Office of Mayor for Ossining. I explained that the New York Power Authority had a program that can help Victoria get LED lighting on the streets being green. Also and saving energy. Why does this matter:

When Gearity became Mayor one of her first items up for bid (as in a game show reference) was outdoor LED lighting and worked with the New York Power Authority. Just getting the job done. You know?!  No drama, no nonsense. Just getting things done.

Well here’s their opinions and facts on it. 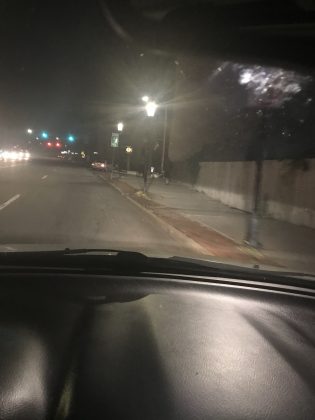 I’m very pleased that initiatives that were in their infancy when I served in local Ossining government are paying off for the residents of ossining in such a significant was. Congratulations to the officials in Ossining for making our community a leader in environmental initiatives.

Mayor of the Village of Ossining, Victoria Gearity added:

There are a variety of approaches for financing. A municipality really can’t go wrong.”