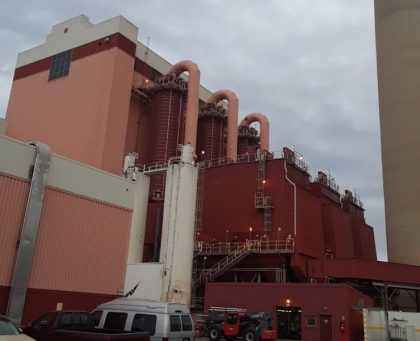 The project would connect the Camden County Municipal Utility Authority (CCMUA) wastewater treatment plant and the Covanta Camden Energy Recovery Center, a waste-to-energy facility, along with other critical facilities within the city. The project would allow the two facilities to exchange electrical and thermal energy under normal conditions and during emergencies.

“This proposed microgrid integrates existing local resources. For that’s including the resource recovery facility’s generation capacity into a town center microgrid allowing us to take advantage of investments made years ago,” said President Mroz. “This unique microgrid system would enable the CCMUA to remain operational during power outages. All which could prevent raw sewage from flowing into the Delaware River and its tributaries.”

Most interestingly and in the aftermath of Superstorm Sandy, the Christie Administration made it a priority to improve energy resiliency. Most importantly and the emergency preparedness and response of the utility companies. Therefore, the Energy Master Plan 2015 EMP Update contained a new section on hardening and improving utility infrastructure resiliency which supports the establishment of Distributed Energy Resources (DER) such as microgrids to improve the grid’s resiliency and reliability in the event of a major emergency. So the EMP Update also directed the Board to continue its work with the utility companies. Also local, state and federal governments. Finally and other strategic partners to identify, design and implement Town Center DER microgrids. Especially to power critical facilities and services across the state.

Enable CCMUA and Covanta to exchange electric power. All during normal and emergency conditions.

Give CCMUA with thermal energy from Covanta

The use of treated wastewater by Covanta will allow Covanta to reduce its use of potable water.

Also and reduce stress on the local aquifer system.

“We learned in the aftermath of Superstorm Sandy that wastewater treatment plants are extremely vulnerable. Especially to severe weather events and power outages. So that’s why having an independent power source is so critical,” Andy Kricun Executive Director/Chief Engineer CCMUA.

“The BPU sponsored microgrid project between Covanta and CCMUA will be an exceptional model of public/private collaboration. Also a collaboration on sustainability. One that will increase efficiency and resiliency for critical utility infrastructure,” said Richard Sandner, vice president and general manager of Covanta’s New York/New Jersey Region. “We sincerely appreciate the help and support of the Board of Public Utilities. Also the NJ Department of Environmental Protection and the NJ Environmental Infrastructure Trust.”

The critical facilities included in the feasibility study include:

Furthermore, the feasibility study is also expected to be completed within twelve months. All at a cost of $150,000.

Most importantly, the Board established a Town Center Distributed Energy Resource Microgrid Feasibility Study program. One to provide incentives for local and state government agencies to study the feasibility of developing Town Center DER microgrids. As well. the Board has approved funding for all 13 applications received at a total cost of $2,052,480.

Most noteworthy, the Board approved funding for applications submitted by:

As well, information regarding the board’s approval of the 13 applications for feasibility studies is below: www.state.nj.us/bpu/newsroom/announcements/pdf/20170630_MicrogridFeasibilityStudies.pdf