The BMW Group continues to build on its leading international role in the field of electro-mobility, as the 100,000th BMW i3 rolled off the production line at the company’s Leipzig plant.

The BMW i3 played a major part in making the BMW Group one of the most successful suppliers of electric vehicles worldwide. Harald Krüger, Chairman of the Board of Management of BMW AG, and Plant Director Hans-Peter Kemser celebrated this milestone with Saxony’s Minister-President Stanislaw Tillich, other guests and plant employees. At the event, Krüger and Kemser also presented the next member of the BMW i family, the BMW i8 Roadster, as a camouflaged prototype; series production of the BMW i8 Roadster will begin in 2018.

A further highlight was today’s official commissioning of the BMW Battery Storage Farm Leipzig. It will connect up to 700 BMW i3 high-capacity batteries. The large-scale battery storage system at the Leipzig plant will give batteries previously installed in BMW i3 cars a second life. It will also put them to profitable use in a sustainable, energy-based business model.

The Building of the Plant and New Concept!

“We are proud of the 100,000th BMW i3 built by our plant in Leipzig. The BMW i3 is the original, a true technological pioneer. With BMW i as our spearhead, we intend to remain the leading premium supplier of electro-mobility going forward. We are now looking ahead to the next member of the BMW i family, the i8 Roadster, which will expand our leading position in the field of electro-mobility. In 2025, we will offer our customers a total of 25 models with electrified drive trains,” said Krüger. “In the interests of sustainability, today we are also presenting a concept for the second use of BMW i3 high-voltage batteries. With our Strategy NUMBER ONE > NEXT, we are looking far beyond the car itself and driving change in our industry with totally new approaches and business models.”

Series production of the BMW i3 began in September 2013. The BMW Group has invested a total of 400 million euros in production of BMW I models. That’s at the Leipzig location. They’ve also created more than 800 jobs. Current daily production of the BMW i3 stands at more than 120 units. Moreover, with an annual production volume in 2016 of 26,631 vehicles. “We are proud of our team performance, which enables us to celebrate production of the 100,000th BMW i3 today – all with the same premium quality and efficiency as our more conventional models. I would like to thank all our associates for this tremendous achievement,” said Plant Director, Hans-Peter Kemser. Production in Leipzig includes making carbon-fibre parts and painted plastic parts for outer skin panels, the BMW i body shop and BMW i assembly hall.

Series production of the BMW i8 got underway in May 2014. Therefore, a total of 2,783 BMW i8s were shipped from the plant in 2016. Production of the most successful hybrid sports car worldwide currently stands at eight to ten vehicles per day.

The next member of the BMW I family is the BMW i8 Roadster. It’s an open-topped version of the sports car, will be released onto the market in 2018.

The official commissioning of the battery storage farm on the grounds of BMW Plant Leipzig demonstrates innovation. Moreover, sustainable and profitable second use of BMW i3 batteries after a vehicle reaches the end of its lifecycle. The battery storage unit in Leipzig can house up to 700 used BMW i3 high-capacity batteries. There are currently 500 new and used batteries integrated, because today most battery packs are still in cars on the road.

“The capacity of 700 high-voltage batteries is the equivalent of an electric range of 100,000 km in a BMW i3. The scalable approach means that the storage unit could be further expanded to accommodate more batteries. It is also already compatible with upcoming battery generations and therefore future-proof,” underlined Joachim Kolling, Head of Energy Services at the BMW Group. 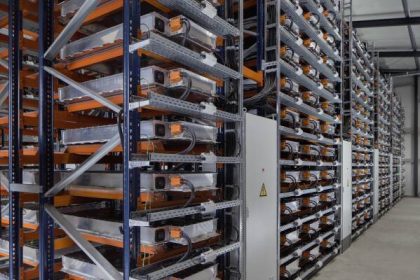 “We are demonstrating once again that the concept of sustainability at BMW i goes far beyond the car.” With wind turbines on the grounds of the plant, the BMW Battery Storage Farm Leipzig links decentralised captive production from renewable energies. It does so with local energy storage and an industrial consumer in a completely unique way. The stationary battery storage farm is also integrated with the public power grid. Moreover, it enables its electricity to be marketed as primary balancing power.

In this way, the BMW Group is making a contribution to the stability of the public power grid. Moreover, they’re performing a valuable function for the wider community. When there is a surplus of power from renewable energies, large-scale battery storage can relieve the grid by absorbing electricity. When there is not enough power in the electricity grid, the facility can release electricity to help stabilise the grid.

The battery storage farm at BMW Group Plant Leipzig will open up new potential for cost and energy efficiency. That’s in addition to CO2 reduction in the energy sector. It is yet another example of practical steps for BMW Group. They’re taking in its aspiration to become the most sustainable automotive company in the world.

The BMW Battery Storage Farm project in Leipzig is part of the WindNODE initiative. The goal is to promote intelligent usage and storage systems for renewable energies. The German Federal Ministry for Economic Affairs and Energy provides funding for the venture. It does so through its “Smart Energy Showcases – Digital Agenda for the Energy Transition” (SINTEG) programme.