As you’re driving to work, running to the grocery store or taking a walk around town, do you see discarded trash around the area — plastic bags, cardboard cartons, plastic bottles, etc.? Then you start thinking about how you can reduce plastic pollution.

At least when you notice pollution, you can do something about it. You can pick up any garbage you see as well as reduce your carbon footprint by driving less and recycling. But, what about the pollution you don’t see? We’re talking specifically about all the plastics that get churned out into the ocean. How can they be eliminated? 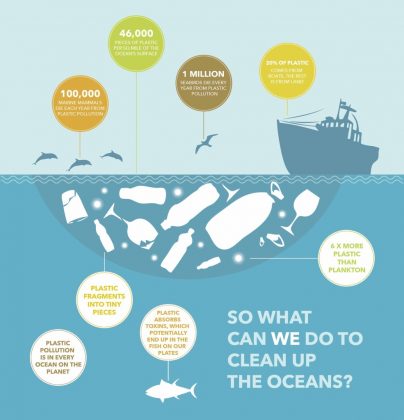 Why Plastic Is Such a Big Deal

Pollution is bad. But, just how bad is it? If you talk about specific materials, it seems to get even worse. The most significant culprits are plastics, which are notorious for being unsalvageable and downright ridiculously hard to process.

Unlike other types of materials that take time to decompose, plastic is something that just sits there. In fact, the average time for a plastic bottle to completely biodegrade is 450 years. You can see how this is a problem.

With plastic serving as a primary villain, the question shifts to how it gets managed. Luckily, new underwater technology helps reduce the plastic in the seas — and this solution comes from the unlikeliest of places.

When drones first burst their way into mainstream society, people were divided on it. After all, a small flying machine that had cameras attached to them? That spells out all sorts of trouble. Drones hold a sordid and brief history with civilians in the U.S., but many drones perform acts other than surveillance.

One of the ways in which scientists use drones these days is to consume plastic in the ocean. In technical terms, this drone siphons plastic garbage. It ends up swallowing the equivalent of what a whale shark devours. It’s not your average drone, and the benefits coming from this type of instrument are numerous. 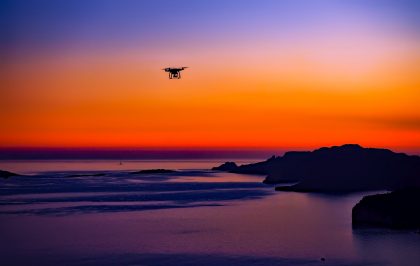 First, the drone saves human lives. Without the need for real human beings to traverse the treacherous seas, the drone puts the human out of harm’s way. Instead, it bears the full brunt of the ocean and the unexplored depths. Another fruitful benefit is the amount of plastic it’s taking out of the sea.

A juvenile whale shark eats 46 pounds of plankton per day. If scientists are correct in their whale shark comparison, then the drone brings a massive arsenal with it. Forty-six pounds of plastic is nothing to scoff at!

So, with these benefits, how does this drone actually work? How does it catch the plastic and “consume” it?

The Science Behind the Technology

The new plastic-eating drone, or the “Pacific Garbage Patch Drone” as it’s officially known, runs on an exciting array of technology. And the way in which it catches the plastic may make you think of strategies used decades ago.

The drone catches the plastic by spreading out a plastic-trapping net. The net scoops up the plastics as the drone hums by it in the water. To keep the net balanced, a buoy floats within the net. Weight distribution is enormous, as this is one of the primary mechanisms by which the drone can catch the plastic and stay afloat.

To keep fish and other marine life from entering the net, the drone sends out sonic signals. These warn nearby wildlife to stay away. It can even communicate with other drones by using this same sonic emitter. It’s also interesting to note that the drones take samples of marine life down below. It uses these samples to understand and show the scientists just how healthy or unhealthy the water really is.

The drone runs on batteries and survives on a single charge for up to two weeks. At the end of its life cycle, the drone returns to a base with humans. They recharge the batteries and haul out the plastic to help reduce plastic pollution.

Removing to Reduce Plastic Pollution From the Ocean Is Crucial

Underwater pollution is a serious issue you may not be entirely aware of. However, plastics in the ocean is a growing problem. These drones will swing the momentum from the pollution’s side back onto the people’s — at least for the time being. This technology is a significant breakthrough and makes a massive difference in plastic pollution in the oceans.