The new ds virgin racing formula e campaign aims to accelerate the energy transition and help the world achieve the goals of the Paris Climate Accord (COP21).

This is in addition to the new online pledge, created for people to publicly show their support for the cause. Sir Richard Branson became the first to add his signature, which was quickly followed by a host of prominent environmentalists including world-leading climatologist Professor Michael Mann and Fisher Stevens, Director of Before the Flood starring Leonardo DiCaprio. 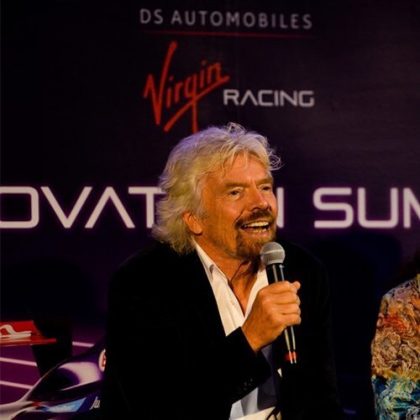 Sir Richard Branson said: “As myself and countless others experienced earlier this year, man-made climate change is contributing to increasingly strong hurricanes causing unprecedented damage. The whole world should be scrambling to get on top of the climate change issue before it is too late – for this generation and those to come. No one person, government or business is going to solve this alone. We have to work together. Educating people is the first step to change and that’s where DS Virgin Racing’s Race Against Climate Change comes in. We want to highlight this campaign to an even wider audience and inspire race fans, those in the city’s we race in, governments and businesses to take positive action.”

He added: “We’re very grateful to Sir Richard, the Rocky Mountain Institute and Michael Mann for their support and expertise, and of course Fisher Stevens, who’s film was also an inspiration for the programme.”

Jon Creyts, MD of RMI, said: “Our addiction to fossil fuels puts our planet and the people on it at risk. Tackling such an urgent and enormous challenge can feel daunting. Yet, the climate challenge is not only solvable, but also a huge economic opportunity that can benefit future generations and our own. The energy transition towards renewables, electric vehicles and energy efficiency is accelerating faster than ever before. This gives us hope that the problem can be solved we’re committed.”

Michael Mann said: “One of the greatest challenges in confronting climate change is getting people to recognise that it’s actually happening. It is having adverse impacts on us now, where we live, in profound ways. Initiatives like this help raise awareness to a wider audience. I couldn’t be prouder to be working with Sir Richard Branson and DS Virgin Racing and our other patterns on this critical outreach effort.”

Fisher Stevens added: “It’s great that my film has helped inspire this programme and I’m pleased to be able to show my support for this worthwhile cause.”

For more information on the DS Virgin Racing Formula E Team or to sign the pledge visit www.ds-virginracing.com/RACC