As the CEO of a small solar company relying on foreign imports, what I know to be true of our country and the industry in which I work casts a shadow on any frustration I’m supposed to have over the 201 Trade Case decision. 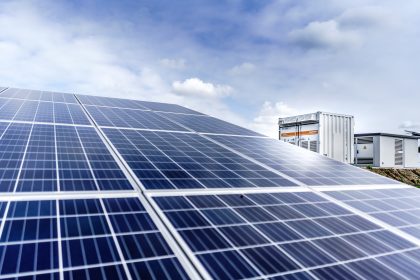 The solar industry is like America itself: Full of good intentions, strong, enduring, resilient, and willing to fight to improve not just the human condition, but also the most sacred place in our nation’s psyche – the sole item preceding the white picket fence in the last and greatest components of the American Dream – our homes – which are now powered by solar in larger numbers than ever.

That trend will still continue year after year. I’m unfazed by the new tariff. I feel many American solar companies relying on foreign imports have reason to feel the same. It’s why logic tells me to ignore the cloudy, alarmist and overwhelmingly negative reactions to the ruling of the tariff. No matter what solar legislation is written into law, it can’t achieve its intentions if they differ from the will of the overwhelming majority. Moreover, who will find a way to prevail despite the International Trade Commission’s intervention. 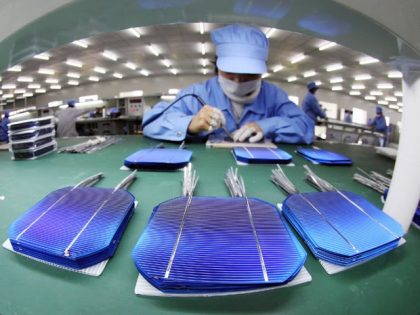 Written into law by three entities, all of them at some point having filed for bankruptcy, (President Trump, Suniva, and SolarWorld), the 1974 Trade Act cannot harm the long-term future of 275,000 people employed in the thriving American solar industry because the overwhelming majority will find creative workarounds that spawn the innovation and resourcefulness our industry needs to secure its foothold in the future of renewable energy.

In hopes of helping other solar executives understand the opportunity to grow and prosper in spite of the tariff, I’ve outlined the below principles we must follow and remember if we are to move forward in the way I know we can.

The first 2.5 gigawatts of foreign-imported solar cells will be excluded from the tariff, giving unprepared companies relying on foreign imported solar cells more breathing room than expected. Let me give you an idea of how much 2.5 gigawatts actually is. It’s roughly 5 percent of all solar modules installed in America in the third quarter of 2017; a significant figure to say the least.

Although America imports roughly 80 percent of its solar cells, making the 201 Trade Case Tariff decision loom large, there are upsides to the decision when we unpack the legislation piece by piece.

The 30% tariff issued is far less than the 50% tariff advocated by Suniva and SolarWorld. The two companies who petitioned the International Trade Commission to create tariffs. Although 30% seems like a lot, the bulk of American solar companies’ costs aren’t in panel imports. The bulk of most solar companies’ costs don’t stem from the cost of the solar panels themselves. Which is what the tariff will impact, and only for several years at declining intervals of tariff percentages.

Rather, the majority of costs go toward customer acquisition. After assessment software, staffing, lead generation, sales processes, and operational costs are factored into the average solar company’s expenditures, the cost of American solar business will only go up by 10% in result of the tariffs, and only for the first year the tariff is imposed.

The tariff will be reduced each year over the span of four years, and in five percent increments. This means that by 2022, the tariff will only be 15 percent. That brings the actual cost of operating an American solar business to a net price increase of roughly 4%. That’s in the fourth and final year of the tariff, making the hit entirely surmountable.

Then the tariff goes away completely.

The payoff on rooftop solar takes years for customers to receive and sometimes decades to magnify, so it’s imperative consumers invest their hard-earned money in solar companies that are profitable enough to maintain a positive customer experience.

The tariff will only cause job losses and cut corners in the customer experience for solar companies. Especially for those that have over-leveraged themselves with debt. Moreover, consumers will be less overwhelmed by the options made available to them. Therefore, they’re more likely to have an easier time picking from a smaller bucket of players. All of whom being companies capable of doing right by the customer.

This positive impact will only be magnified by reducing the amount of negative lead generation practices many solar companies engage in. For instance, harassing homeowners who never expressed interest in solar to selling solar leads they know have no value.

The Logistics of the Tariff Are Mathematically Manageable

Given the 2.5-gigawatt installation threshold before the tariff took effect, financially stable solar companies had plenty of time to import a large number of panels to offset the effect of the impending tariff, and this was the case prior to Trump’s January announcement of the actual tariff logistics.

It becomes easy to point a finger at the government when a trade case doesn’t ‘weigh in our favor.’ However, we must remember that the government has also done a lot to help residential solar, from federal to state tax incentives.

I believe in a free marketplace. However, America isn’t and never has been the purely capitalistic economy most citizens perceive it to be. Even Adam Smith’s ‘Invisible Hand’ is a byproduct of State Capitalism (our current economic model). It has given us a Central Bank to control interest rates. Moreover, a White House for passing legislation, and tax codes for Federal resource allocation.

Although tariffs tend to have unintended consequences, if the 201 Trade Case tariffs achieve their results, Suniva, SolarWorld, and other companies who felt hamstrung by the low cost of foreign-imported residential solar cells over the past decade will be back in the ring as competitors. They can create more competition and, therefore, innovation. While that may not mean immediate return for American solar companies who’ve relied on foreign imports, it means a better outcome for solar prospects, which should be the objective of every American solar business.

Additionally, the 201 Trade Case tariff will bring solar companies closer to forecasting how price changes affect the real consumer demand for solar panels. It’s the step the American solar industry must be able to make within the next five years. Moreover, that’s if it’s going to bring solutions to consumers at the appropriate price without federal and statewide incentives.

These incentives aren’t in immediate threat of disappearing. However, it won’t hurt our industry to learn how we can function without them. Subjecting our rooftop solar industry to a natural and domestic pricing environment will make this possible.

Over the past decade, many American solar companies, at the expense of their customers, rely heavily on the cheapest solar panel prices. That’s from China to sustain their deeply-leveraged, debt-laden business models.

Trump’s blue-collar presidential campaign heavily targeted fair trade deals. That’s in addition to bringing the American manufacturing business back to life through economically protectionist measures. Not to mention the recent trade case decision is consistent with those campaign tactics.

Some even say the 201 Trade Case decision is the result of Trump’s tenuous personal relationship with China. Moreover, as the most prolific solar panel manufacturer in the world, is less than thrilled with the tariff. Despite China taking a harder hit than any other country because of the tariff, JinkoSolar, a Chinese solar panel manufacturing company, has plans to build a solar factory in Florida.

An overwhelming majority (three-fifths) of America’s foreign-imported solar cells used to come from China. Namely because of the country’s subsidization of the product. Also, consumers’ lack of education on differing levels of solar panel quality. It has skewed the demand for Chinese imported solar panels in China’s favor.

Roughly 10% of all American-imported solar cells came from China prior to the tariff. That’s still a hefty percentage of American solar relying on a Chinese product. Although they have low prices and offer its own unique benefits, it does not expose consumers. That’s to the full spread of solar panel features the American market is missing out on.

Homeowners Will Still be Able to Go Solar for Zero Down

No cost solar in America is a major misconception. That’s because the phrase is really meant to express that prospects can go solar for zero down. Although, convenient, it isn’t going solar for free. There may be a day when that happens, but it is far off in the future – tariffs or not. And, although solar isn’t free, neither is any good investment. Dispersing the cost of a solar panel system over a longer loan length may increase the price of going solar. However, it will reduce the intensity of the cost increases.

Essentially, the tariff won’t get in the way of creative financing options for solar prospects and solar companies alike.

However, don’t let the cost of residential solar compel you to 1) embark on a DIY solar project (which is a big no-no for every one). or 2) keep you from benefiting from the ROI of residential solar. Solar should never be viewed as an up-front expense but rather as an investment.

Simply put, the market will correct these small players’ mistakes, even if many fear the mistakes to be incorrigible. And that’s when major trade decisions that impact an entire industry are set forth by a select few and intended to benefit only a select few

Once the tariff ends, we will be able to laugh at the fear it brought to our industry.

Scott Cramer is the CEO, of Go Solar Group, One of the best solar panel companies in Utah and Reno, Nevada.